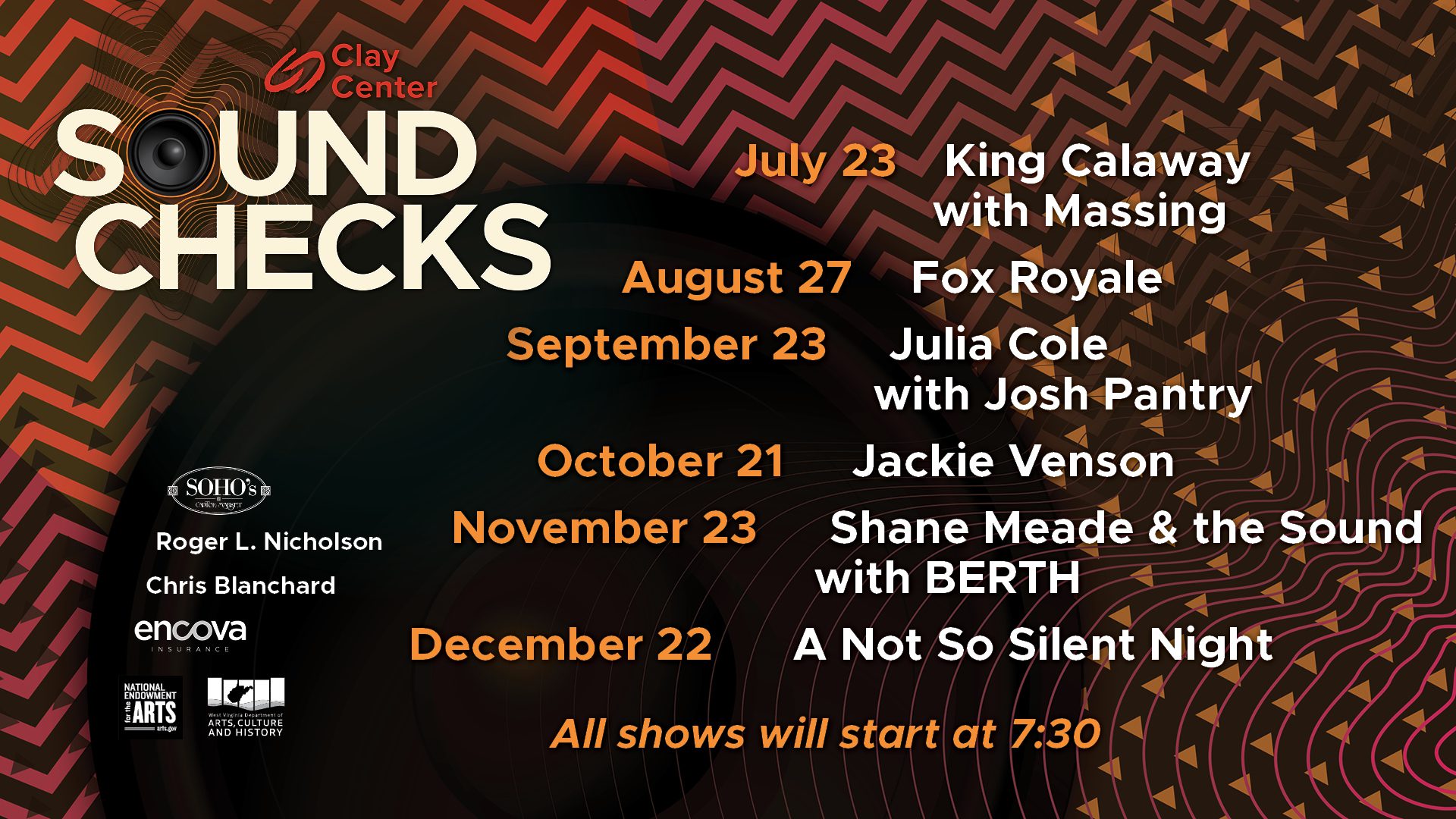 Nobody brings you closer to today’s rising stars than Sound Checks.  We invite you to join the party, step on to the Clay Center stage, and enjoy the best music from local and national emerging artists.  Be a part of the scene at Sound Checks!

July begins a new season of celebrating local musicians and emerging artists live at the Clay Center!  The second half of the 2022 Sound Checks series, featuring six shows and twelve musical acts, will kick off July 23rd!

Tickets for all shows are on sale now!  Individual show tickets are only $20.  In addition to the live music, we look forward to featuring local DJs, local food trucks and a cash bar on site.  Doors open for each show at 6:30PM with the first act taking the stage at 7:30 PM.  We look forward to enjoying live music in the Susan Runyan Maier Sculpture Garden beginning in the spring (weather permitting).  Purchase tickets now using the buttons below, in person at the Clay Center Box Office, or by phone at 304-561-3570.

Sound Checks is presented thanks to support from SOHO’s, Roger L. Nicholson, Chris Blanchard, and Encova Insurance. The Clay Center’s performing arts and visual arts offerings are presented with financial assistance from the West Virginia Department of Arts, Culture, and History, and the National Endowment for the Arts, with approval from the West Virginia Commission on the Arts. 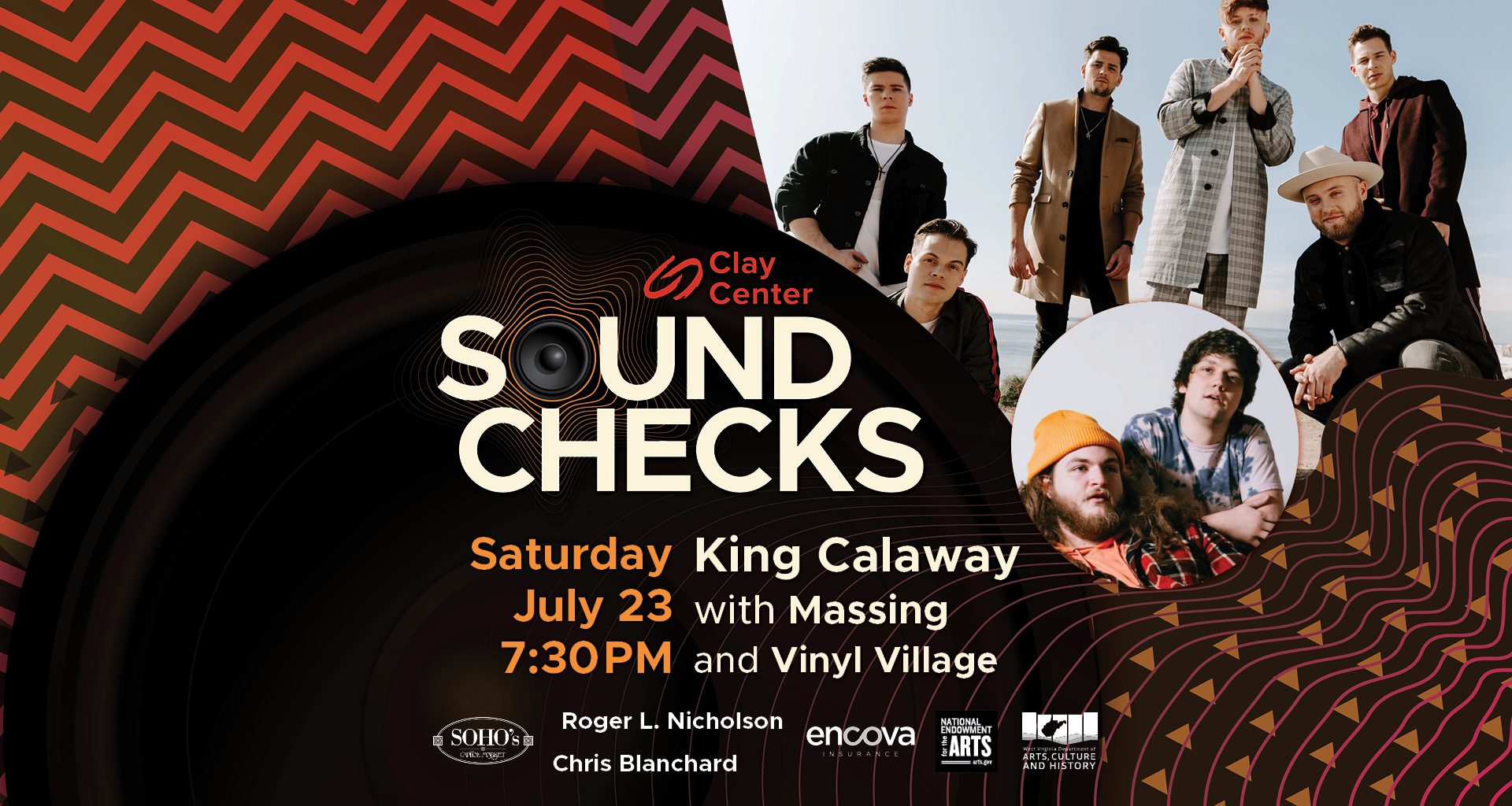 Named one of the seven new country acts to watch out for by Billboard in 2019, BBR Music Group/Stoney Creek Records group King Calaway has made their presence known. From multiple performances at the famed Grand Ole Opry – including an incredible performance moment with the legendary Ricky Skaggs – to making their late night television performance debut on Jimmy Kimmel Live!, King Calaway has made quite the impact on the country music industry. They have also performed on The Late Late Show with James Corden, TODAY and The Kelly Clarkson Show as well as the internationally acclaimed show Neighbours. 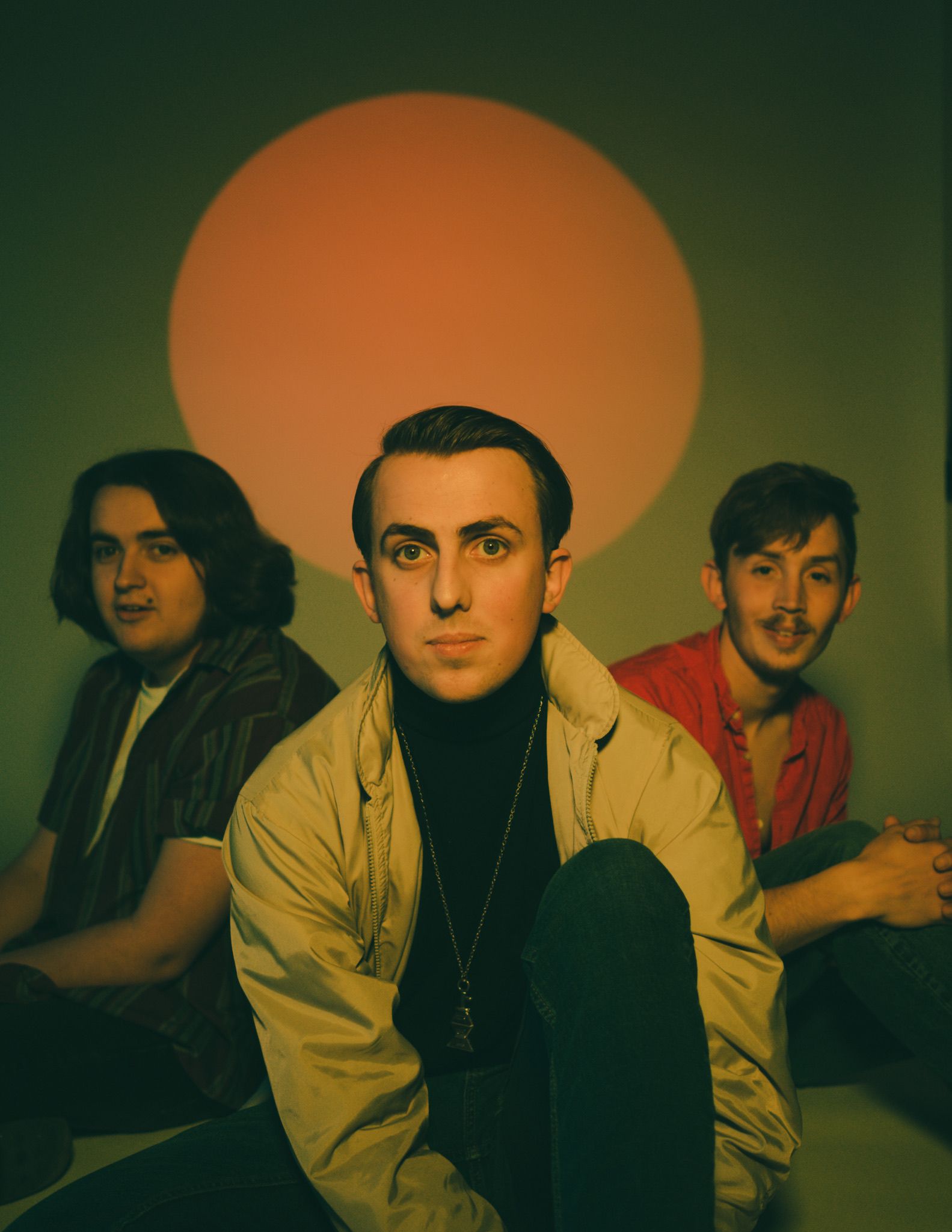 Fox Royale make anthemic, jangly indie-rock that sparkles with the same energy as acts like Cage the Elephant and Vampire Weekend. Before they were in a rock band, the members of Fox Royale were in a traveling orchestra. The band was born when high school friends Nathan Hurley, Davis Drake, and Evan Todd along with Nathan’s younger brother Caleb began jamming in their parents’ homes. Eventually they started thinking “Hey let’s try a little harder at this.” The band then began touring extensively for three years, eventually earning a stage in front of War Road music management, who gave them their first record deal. Fox Royale has since put out two singles with another on the way, arriving April 9th. 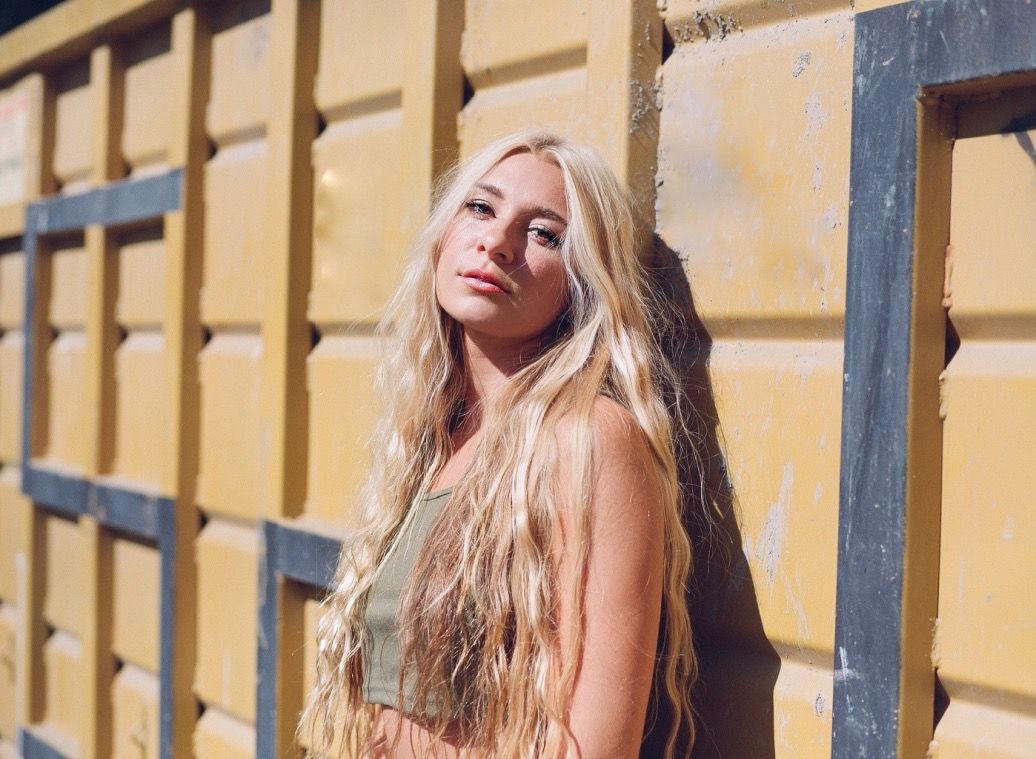 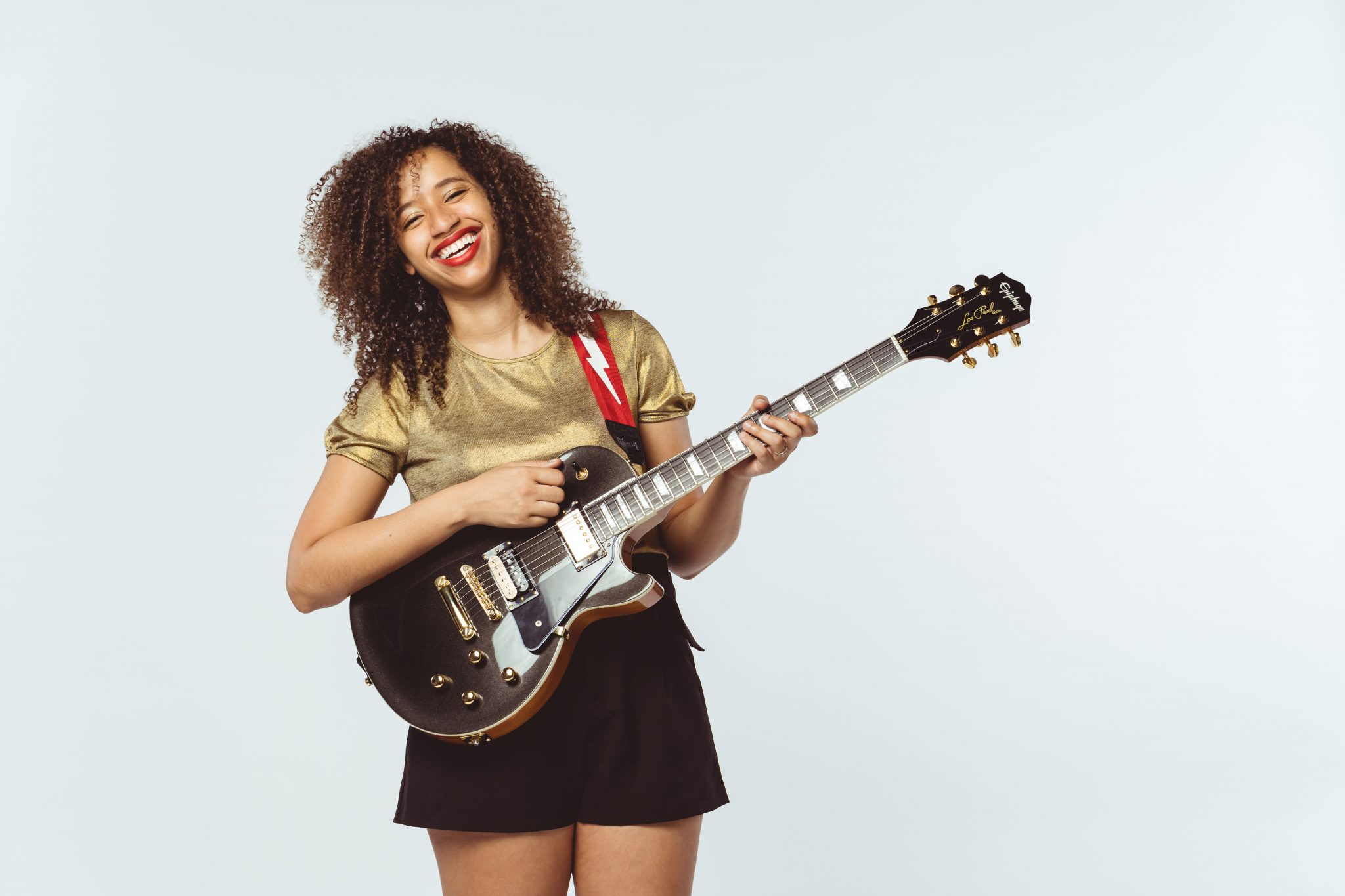 Jackie Venson is a multi-instrumentalist, singer/songwriter known far and wide for her complexly beautiful music and blazing guitar skills. Born and raised in Austin, Texas, Jackie has traveled the world playing to massive crowds both as a headliner and as support for major acts such as Gary Clark Jr, Melissa Etheridge, Aloe Blacc, Citizen Cope to name a few. With the disruption of the COVID-19 pandemic, the cancellation of her entire tour schedule, and the wave of social change sweeping across the country in 2020, Jackie committed herself to releasing more music than ever before, connecting with her fans directly and speaking up about the change she wanted to see in her city and country. Since then, Jackie has released 2 studio albums, 2 live albums under her name and several electronic albums under her side project titled Jackie the robot. During the pandemic, Jackie Venson also made her National TV Performance Debut on Austin City Limits 46th season, a huge honor for the native Austinite. Venson’s most recent release, “Love Transcends”, Venson firmly established herself as a sonic force to be reckoned with out of Austin, Texas. 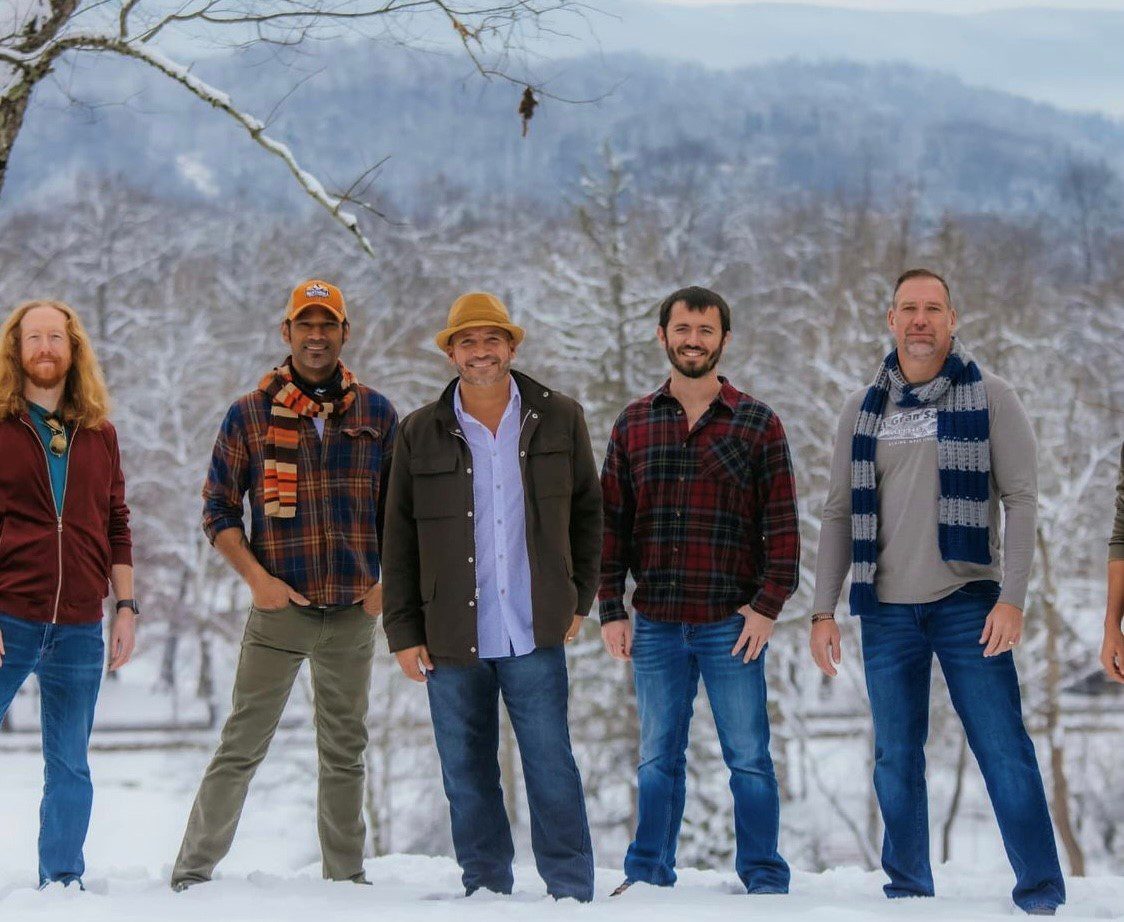 Shane Meade is a gifted singer songwriter and catalyst behind the Tampa-based, soul-infused folk rock project Shane Meade & the Sound. Hailing from Elkins, West Virginia, Shane is a self-taught late bloomer who borrowed an old guitar from his father and began playing and writing songs in the Summer of 2000 before relocating to the sunshine state. From a diamond in the rough to an artist on the rise, Meade remains simple and honest in his approach to songwriting. His music captivates the imagination, and audiences connect to his inspirational lyrics and universal subject matter. His unique and soulful style helps deliver an engaging live performance that is both powerful and uplifting.

About the SOUND… Formed in 2005, the Tampa, FL based group combines infectious vocals with feel good grooves, and has the uncanny ability of turning even the largest of venues into an intimate musical experience. Through a diverse mix of acoustic and full band performances, SMS has established a career marked by steady artistic growth and relentless touring efforts throughout the southeast, Virgin Islands, and selected cities nationwide. SMS has appeared in line-ups with the likes of Edwin McCain, Michael Glabicki & Rusted Root, Yonder Mountain String Band, Tim Reynolds, Graham Sharp, Southern Avenue, Robert Randolph & the Family Band and many more. The group has also gained recognition for their 2014 release – All Walks of Life.  Their much anticipated fourth album, Livin’ In The Moment, was released in the Fall of 2021. 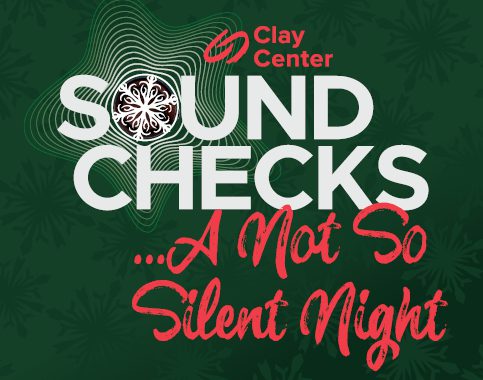 A Not So Silent Night
Thursday, December 23

It may be cold outside, but we’re keeping it hot on the music scene this holiday season.  After a fantastic 2022 Sound Checks season, we’re closing out the year with a bang by bringing amazing music to the Clay Center.

Each band will bring high energy, fan favorites, and some special seasonal surprises – only seen at Sound Checks!!! Be prepared to sing along to some remixed holiday classics and jingle bell rock your way into the weekend!

Nobody brings you closer to today’s rising stars than Sound Checks.  We invite you to join the party, step on to the Clay Center stage, and enjoy the best music from local and national emerging artists.  Be a part of the scene at Sound Checks!

Sound Checks is presented thanks to support from SOHO’s, Roger L. Nicholson, Chris Blanchard, Encova Insurance, and Saluja Law. The Clay Center’s performing arts and visual arts offerings are presented with financial assistance from the West Virginia Department of Arts, Culture, and History, and the National Endowment for the Arts, with approval from the West Virginia Commission on the Arts