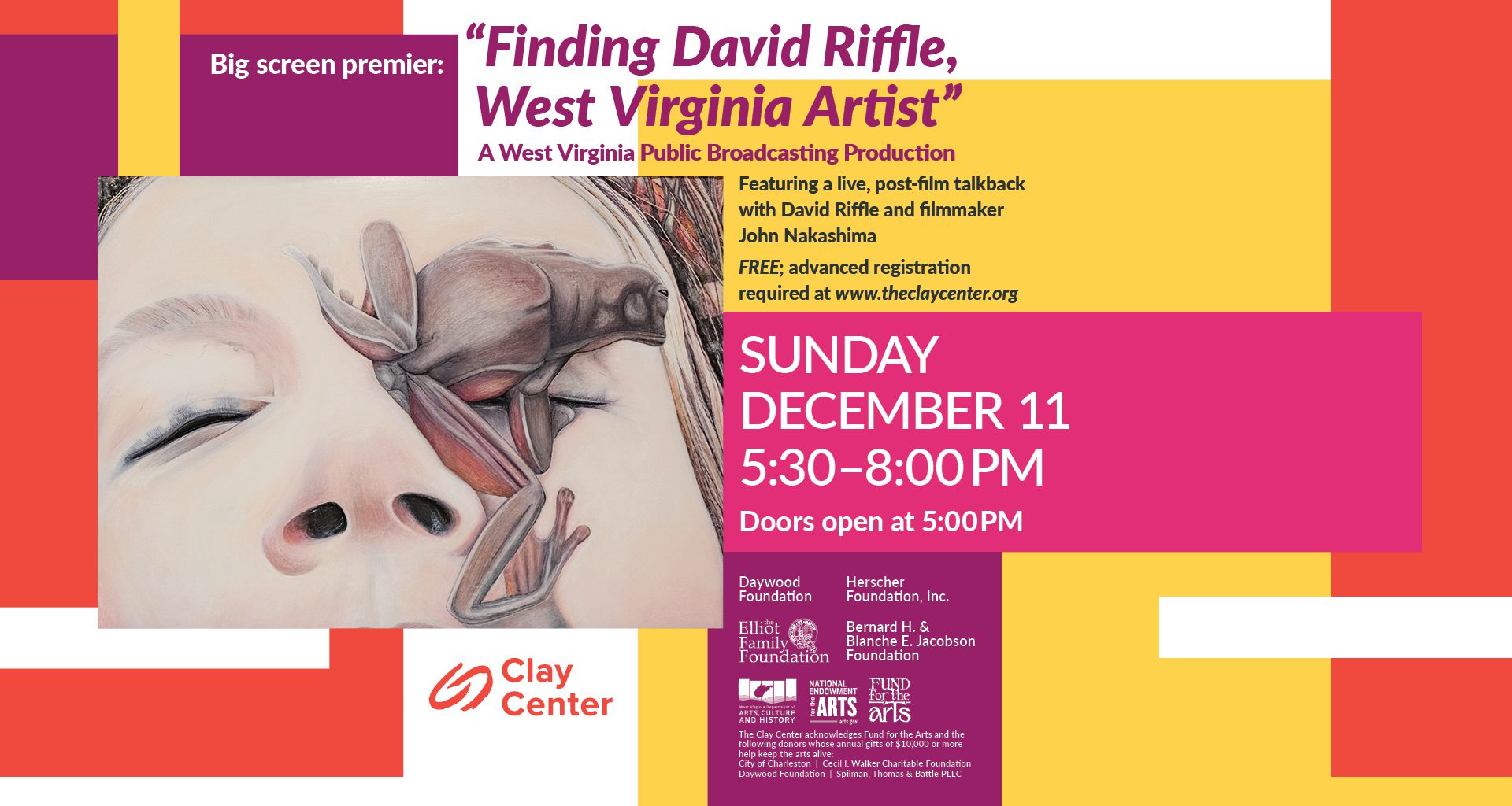 Join us under the newly refurbished vault of the Caperton Planetarium and Theater for the big screen premier of “Finding David Riffle, West Virginia Artist,” a new documentary from West Virginia Public Broadcasting! David Riffle is a Charleston artist whose paintings, drawings, and three-dimensional constructions invite the viewer to enter his world, a stylized environment full of twisting vines, mountains, streams, catfish, herons—and his artful home, a place of refuge.

The new documentary is a lyrical look at the world of David Riffle. Filmmaker John Nakashima, Senior Producer/Director at WVPB, shot and edited on the documentary for over a year, gathering archival material and interviews throughout the state. It features rare works from private collections, and works that Riffle hasn’t shown in decades. The one-hour documentary is a feast of colors and forms from Riffle’s fantastical world.

The release of the documentary coincides with the Clay Center’s Juliet Art Museum Invitational exhibition in which Riffle’s newest artwork is featured. On display through January 29, the exhibition includes Riffle’s painted relief carvings that ruminate on familial themes, underlying his concern for his loved ones during the pandemic.

Following the screening, Nakashima and Riffle will share remarks in the planetarium. Before and after the event, audiences are encouraged to view the Invitational exhibition and examine Riffle’s artwork. The event is free, but advanced registration is required at www.theclaycenter.org or 304-561-3570.

Riffle received his BA from West Virginia State College. He has exhibited in numerous solo and group exhibitions across the state and country, and his work is held in the public collections of the Charleston Coliseum, Marshall University Graduate College, West Virginia State Museum, and Juliet Art Museum at the Clay Center. Riffle’s honors include a painting fellowship from the WV Arts and Humanities Commission, a visual art fellowship from the National Endowment for the Arts, and three Purchase Awards in the West Virginia Juried Exhibition at the Culture Center, as well as a Best of Show in 1993. 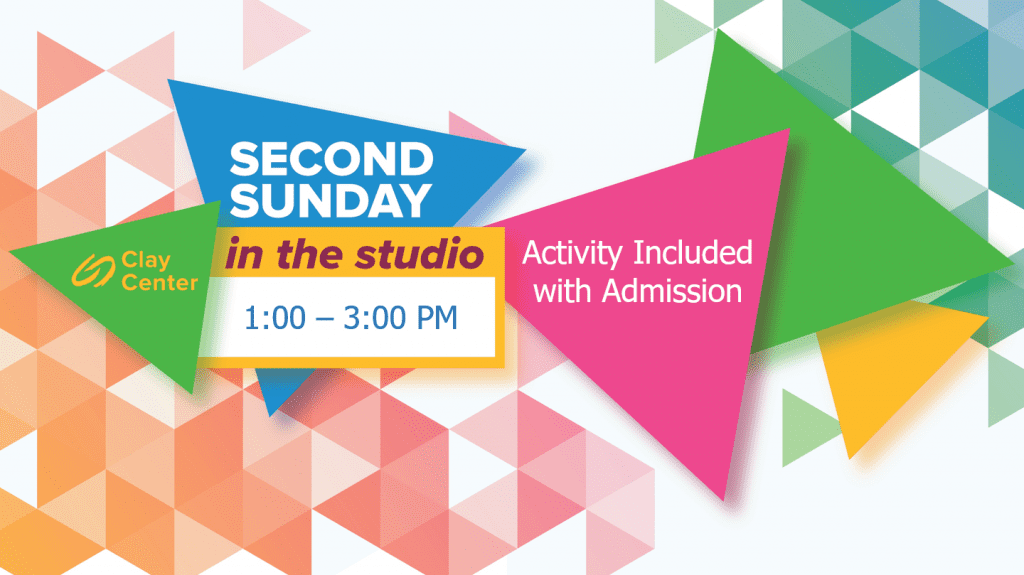 Join us in the Truist Foundation Art Studio every second Sunday from 1-3 pm for a family make-and-take activity related to our current exhibitions!

This is a drop in event and no reservation is necessary.  All supplies included in the cost of admission to the Center. 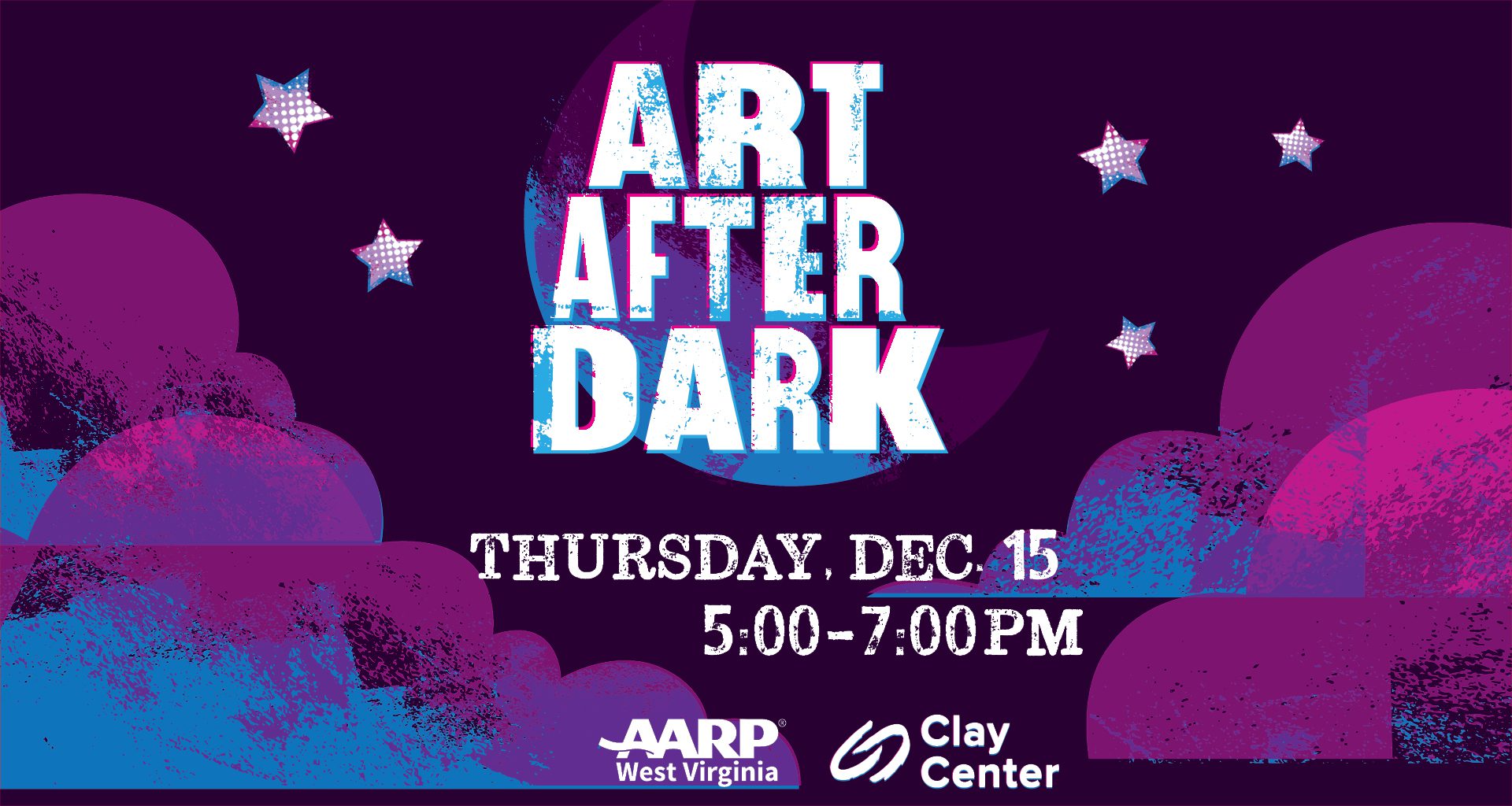 Prior to the Charleston Christmas Parade on December 15th, enjoy an evening of art, entertainment, and interactive fun in the Juliet Art Museum!

This FREE Art After Dark event is presented with support from AARP of West Virginia. 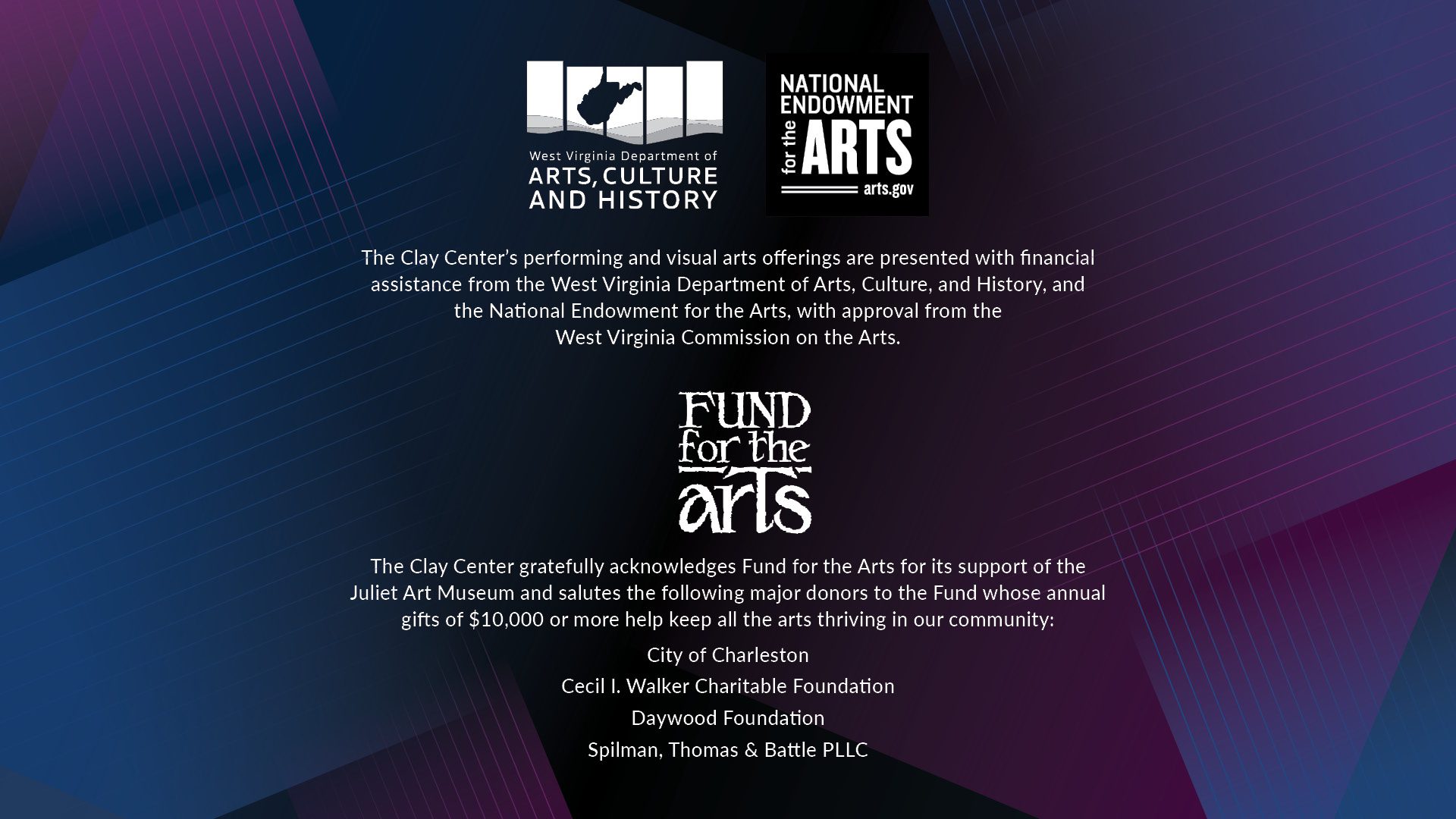