The Juliet Art Museum’s Juried Thesis Exhibition features work created by 2020 graduating Studio Art Master of Fine Arts and Bachelors of Fine Arts students.  The contributed works represent the culmination of each graduate student’s research in the arts, and each undergraduate student’s experience of developing a portfolio. The exhibition features student work from a variety of studio areas and allows students the ability to showcase multiple pieces from their final body of work.

Thesis work is an opportunity to apply theory and method in a project, formulating a question and developing a potential answer. Students explore the broader implications of their practice through aesthetic, social, political, economic, and scientific considerations. A thesis is never a definite conclusion, but a moment within the student’s artistic development that demonstrates the capability to continue work outside the confines of an institution.

When COVID-19 caused shut downs across the world and closed colleges and universities, students who had dedicated their senior year to a hard-earned thesis exhibition were forced to work remotely and display their work in virtual exhibitions. Leadership of the Clay Center for the Arts & Sciences, specifically the Juliet Art Museum, felt empowered to create an opportunity for these students to present their work to the community. This exhibition demonstrates the achievements of selected graduates in their area of specialization and is the culmination of each student’s unique collegiate experience. 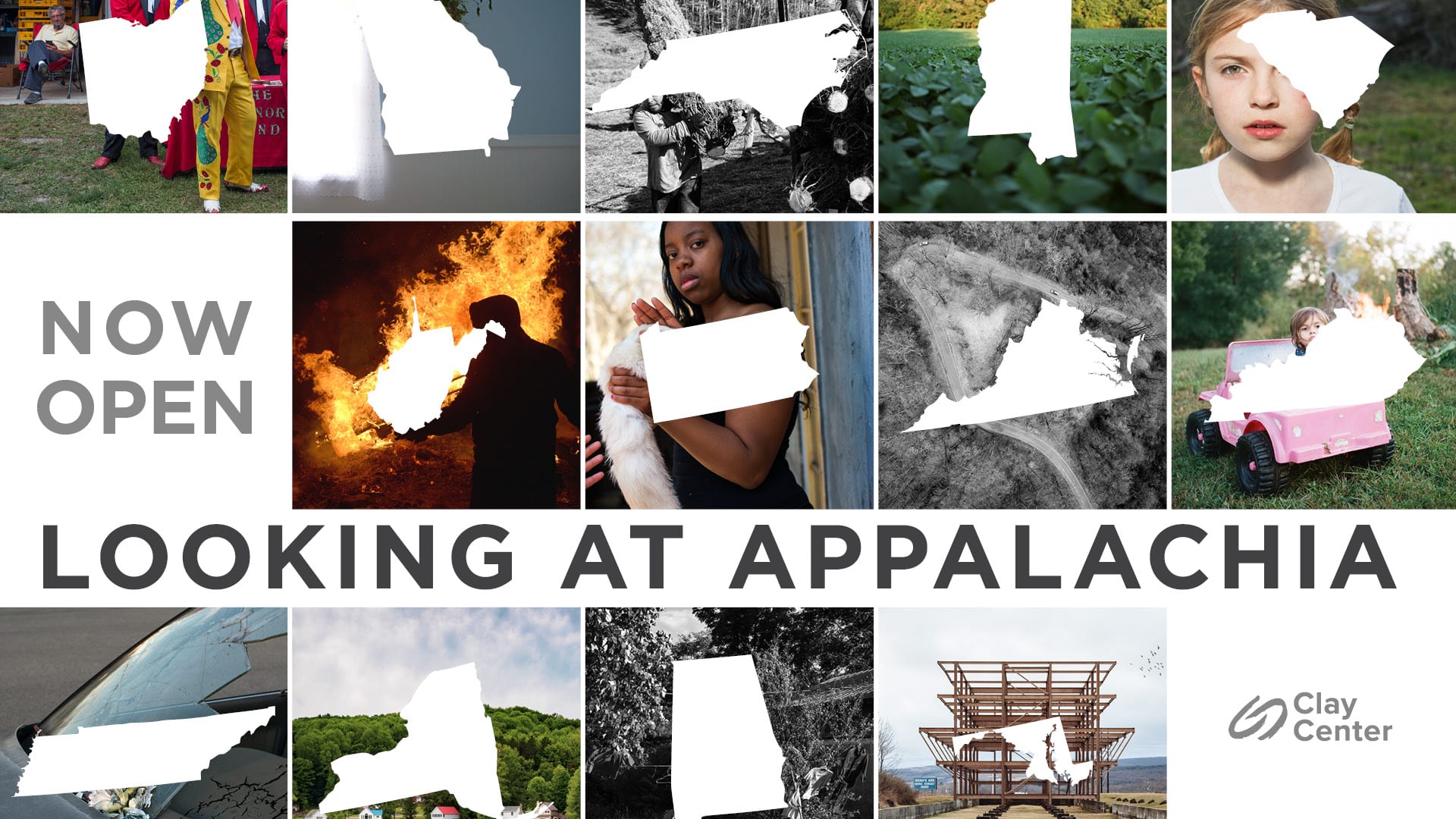 In 1964, President Lyndon Johnson declared unconditional war on poverty in the United States and nowhere was this war more photographed than Appalachia. A quick Google image search of “war on poverty” will yield several photographs of President Johnson on the porch of the Fletcher family home in Inez, Kentucky.

Many of the War on Poverty photographs, whether intentional or not, became a visual definition of Appalachia. These images have often drawn from the poorest areas and people to gain support for the intended cause, but unjustly came to represent the entirety of the region while simultaneously perpetuating stereotypes.

In an attempt to explore the diversity of Appalachia and establish a visual counter point, this project looks at Appalachia fifty years after the declaration of the War on Poverty. Drawing from a diverse population of photographers within the region, this new crowd sourced image archive will serve as a reference that is defined by its people as opposed to political legislation.

This project is designed and directed by photographer Roger May and is open to submissions from 1 January – 31 December each calendar year.