Join us for our Summer Skies live presentation, we’ll view the notable constellations for the summer months and start you on your own stargazing journey. We’ll also blast off from Earth and fly through a distant nebula and learn how astronomers of the past studied this spectacular interstellar phenomenon.

This show is perfect for amateur stargazers and inquisitive minds.  Adults and students 4th grade and up will find the most value in this 30-40 minute presentation.

Programming in the Caperton Planetarium & Theater is brought to you with support from Truist West Virginia Foundation. 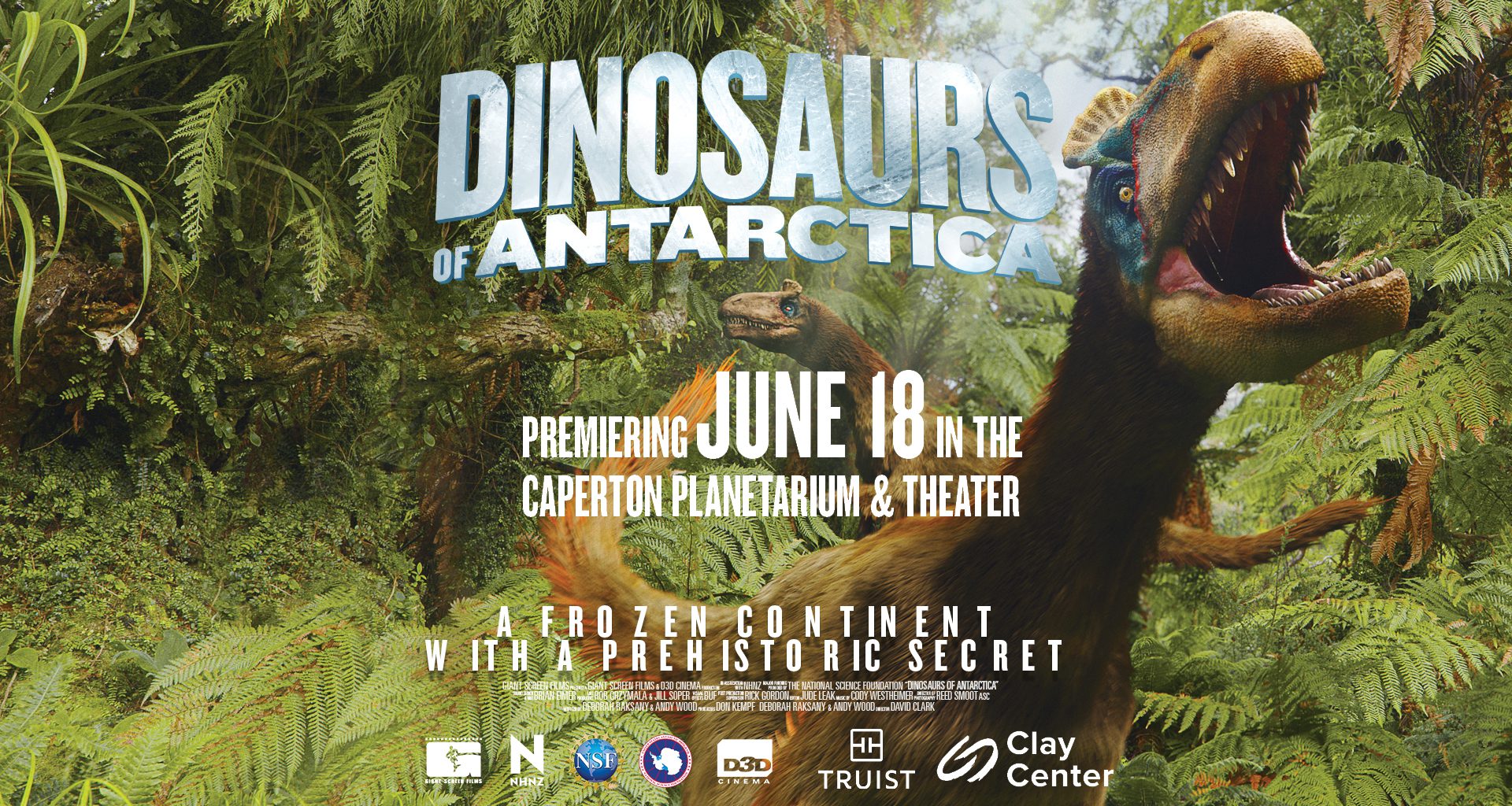 NEW FILM – “DINOSAURS OF ANTARCTICA”- Open Now!
Dinosaurs of Antarctica introduces audiences to the amazing and bizarre prehistoric creatures that inhabited Antarctic forests and swamps hundreds of millions of years ago.

Featuring top-tier computer graphics, Dinosaurs of Antarctica is an epic chronicle of a prehistoric world now lost to ice, a 250-million-year odyssey from the Permian ice age through the warm and lush Age of Dinosaurs – and back again to the frozen desert we know today. The film’s next level CGI takes audiences on the hunt with Cryolophosaurus, the largest known early Jurassic carnivore on Earth. Moving further back in time, Antarctosuchus, a colossal amphibian unique to Antarctica, lurks below the surface of an ancient river. From glaciers to Glacialisaurus, the film brings Antarctica’s dramatic transformation to life with a cast of bizarre, new-to-science dinosaurs and a team of paleoecologists working to reconstruct Antarctica’s hidden—greener—past.

Traveling through deep time, the film explores the causes and repercussions of a changing climate, investigating the end of Earth’s last ice age and seeking clues to the future as we face human-triggered warming today.

Transport yourself around the globe and across the universe in the Caperton Planetarium and Theater! The Planetarium, located in the Clay Center for the Arts & Sciences, features a giant screen theater with an upgraded, 8K projection system! This sophisticated system offers exceptional brightness and resolution, with crisp images, sparkling stars, stunning details and 3D capability. 3D views are provided by utilizing “active” 3D glasses rather than polarized lenses found in traditional cinemas offering a larger than life experience! Join us for a variety of films and live presentations daily in the Caperton Planetarium and Theater! Please note that showtimes are subject to change.