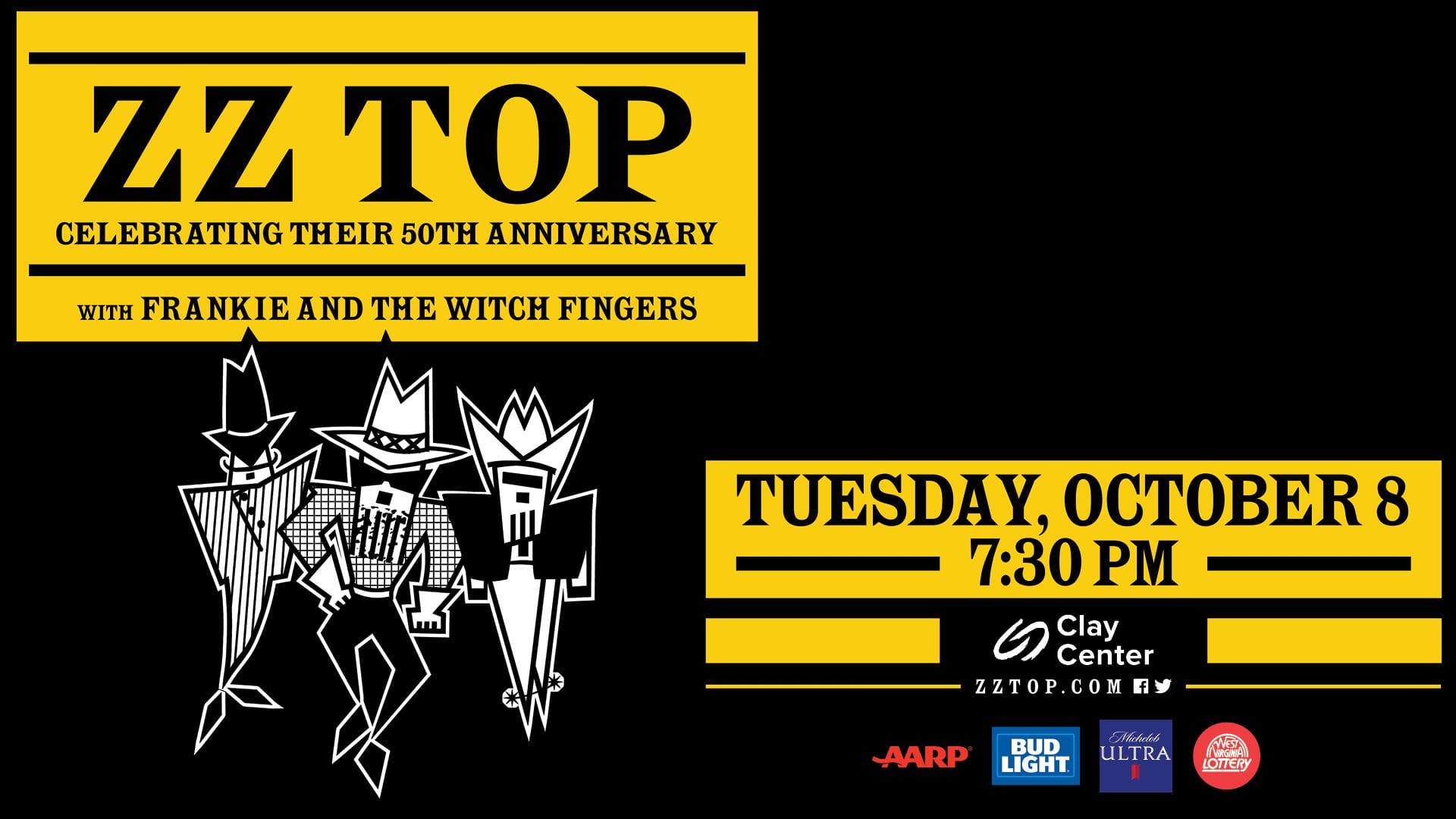 ZZ TOP returns to the Maier Foundation Performance Hall at the Clay Center on Tuesday, October 8th at 7:30PM for a special 50th Anniversary performance!

ZZ TOP a/k/a “That Little Ol’ Band From Texas,” lay undisputed claim to being the longest running major rock band with original personnel intact and, in 2004, the Texas trio was inducted into the Rock and Roll Hall of Fame. Of course, there are only three of them – Billy F Gibbons, Dusty Hill, Frank Beard — but it’s still a remarkable achievement that they’re still very much together after almost 50 years of rock, blues, and boogie on the road and in the studio.  “Yeah,” says Billy, guitarist extraordinaire, “we’re the same three guys, bashing out the same three chords.”  With the release of each of their albums the band has explored new ground in terms of both their sonic approach and the material they’ve recorded. ZZ TOP is the same but always changing.

As a touring unit, they’ve been without peer over the years, having performed before millions of fans through North America on numerous epochal tours as well as overseas where they’ve enthralled audiences from Slovenia to Argentina, from Australia to Sweden, from Russia to Japan and most points in between.  Their iconography – beards, cars, girls and that magic keychain – seems to transcend all bounds of geography and language.

ZZ TOP’s music is always instantly recognizable, eminently powerful, profoundly soulful and 100% Texas American in derivation.  They have sold millions of records over the course of their career, have been officially designated as Heroes of The State of Texas, have been referenced in countless cartoons and sitcoms and are true rock icons but, against all odds, they’re really just doing what they’ve always done.  They’re real and they’re surreal and they’re ZZ TOP.