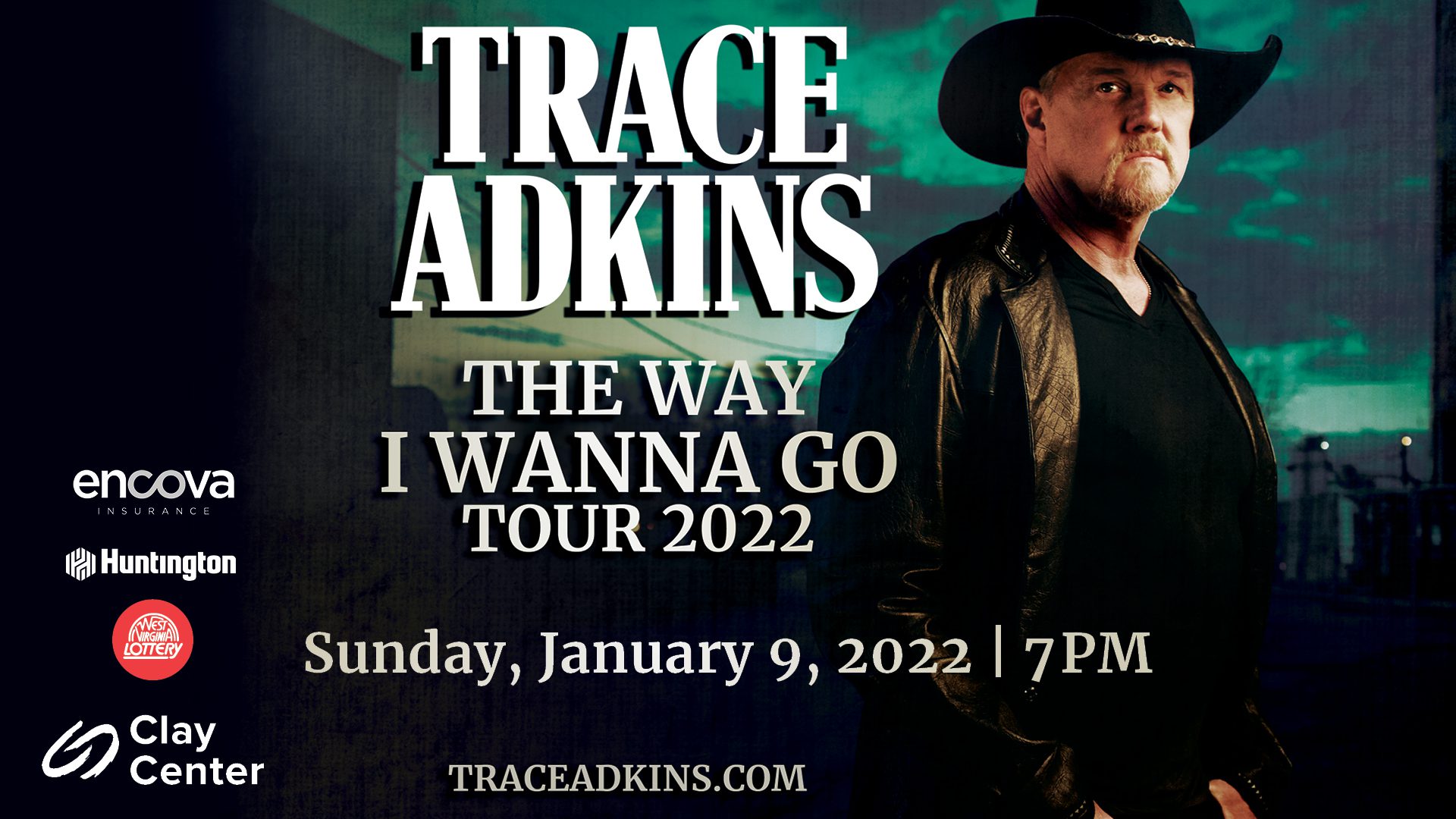 Due to state, regional, and governmental mandates regarding COVID-19, a few shows on the upcoming The Way I Wanna Go Tour have been rescheduled. The new date for Trace Adkins at the Clay Center is
Sunday, January 9, 2022.
All previously purchased tickets will be honored at the new date.
Thank you to Huntington Banks, Encova Insurance, and the West Virginia Lottery for their support of this performance.  The Clay Center’s performing arts and visual arts offerings are presented with financial assistance from the West Virginia Department of Arts, Culture, and History, and the National Endowment for the Arts, with approval from the West Virginia Commission on the Arts.
A Nashville icon for more than two decades, Trace Adkins has made his mark on the country-music industry. 11 million albums sold. Time-honored hit singles. Momentous, fiery and always memorable live performances. GRAMMY nominations. CMT and ACM awards. Nearly 200 million plays on YouTube. Working with some of Nashville’s most respected songwriters, Adkins continues to find ways to connect with his fans through music while recording what he describes as autobiographical songs throughout his career.
Adkins says he’s profoundly touched that he serves as an inspiration to a younger generation of country artists, much in the way he revered icons like Johnny Cash and Merle Haggard when first moving to Nashville. “I dig it. I want to be in that position,” he says of taking the reigns as an elder statesman of the genre. “I want to be looked at that way. I want those guys to think and know they can walk up to me and ask me anything and know that I’m here for them and I’ll help them however I can. I relish that position.
With one million followers on Spotify and over one billion spins on Pandora (10 million spins per month), the longstanding country icon has yet to lose any of his trademark passion and killer instinct for his craft. The 57-year-old is as fired up as ever to be back on the road this year, taking his music to the fans once again.
Ask Adkins where he goes from here and he’ll say it’s quite simple: keep doing what he knows and loves. Performing. Creating. Inspiring. He adores it. And, he adds, he knows so many of his lifelong fans, and new ones to boot, do too. “I’m gonna go out there and find those people,” he says with a laugh of the coming months. “I’m gonna bring a band and turn it up real loud! And we’re gonna have a good time!”