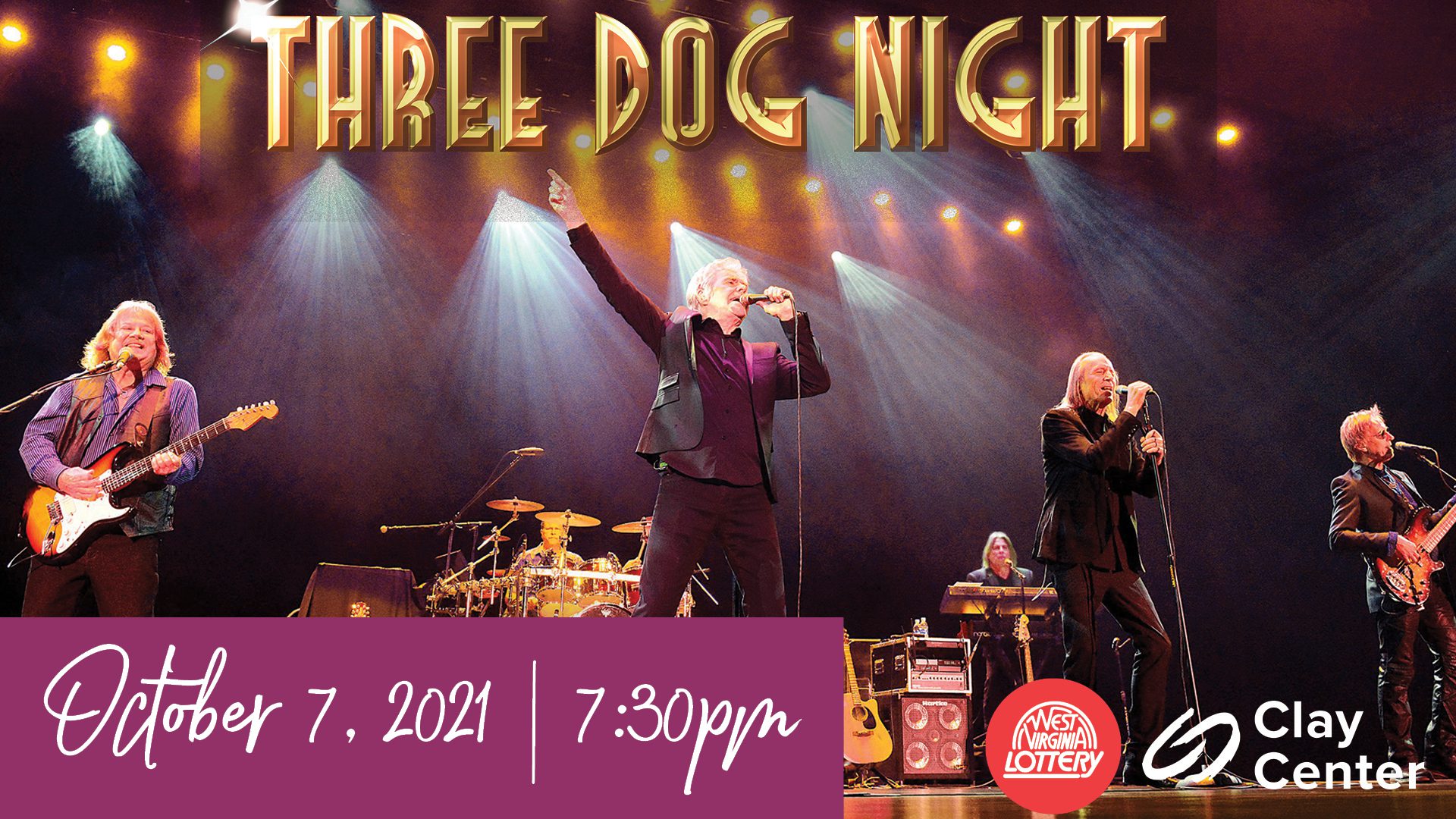 Due to ongoing state, regional, and governmental mandates regarding COVID-19, the Three Dog Night performance originally scheduled to take place on July 2, 2021 has been postponed.

All previously purchased tickets will be honored at the new date. Please contact the Clay Center Box Office with questions emailing boxoffice@theclaycenter.org or calling 304.561.3570 during operating hours.
*Note – Please call the box office Tuesday – Saturday between 9:00am -5:00pm with questions and/or ticket inquiries.

THREE DOG NIGHT hits wind through the fabric of pop culture today, whether on the radio where they are heard day in and day out, in TV commercials or in major motion pictures — songs like “Mama Told Me (Not To Come)”, “Joy to the World”, “Black and White”, “Shambala” and “One” serve to heighten our emotions and crystallize THREE DOG NIGHT’s continuing popularity.

Boasting chart and sales records that are virtually unmatched in popular music, THREE DOG NIGHT had 21 consecutive Top 40 hits, including 3 #1 singles, 11 Top 10’s, 18 straight Top 20’s, 7 million-selling singles and 12 straight RIAA Certified Gold LPs. The hits appeared on best selling charts in all genres (pop, rock and country). Its records continue to sell around the world, reaching beyond the borders of the U.S. into Japan, Canada, Holland, England, Germany, Spain and elsewhere. Tens of millions of THREE DOG NIGHT records have been sold through the years.

Now, marking nearly 50 years on the road, THREE DOG NIGHT continues to grow its fan base by keeping up a full schedule of concerts at theatres, performing arts centers, fairs, festivals, corporate events, and casinos. Since 1986, the band has performed over 2,200 shows including two Super Bowls.