The Sound of Music Presented by the Charleston Light Opera Guild 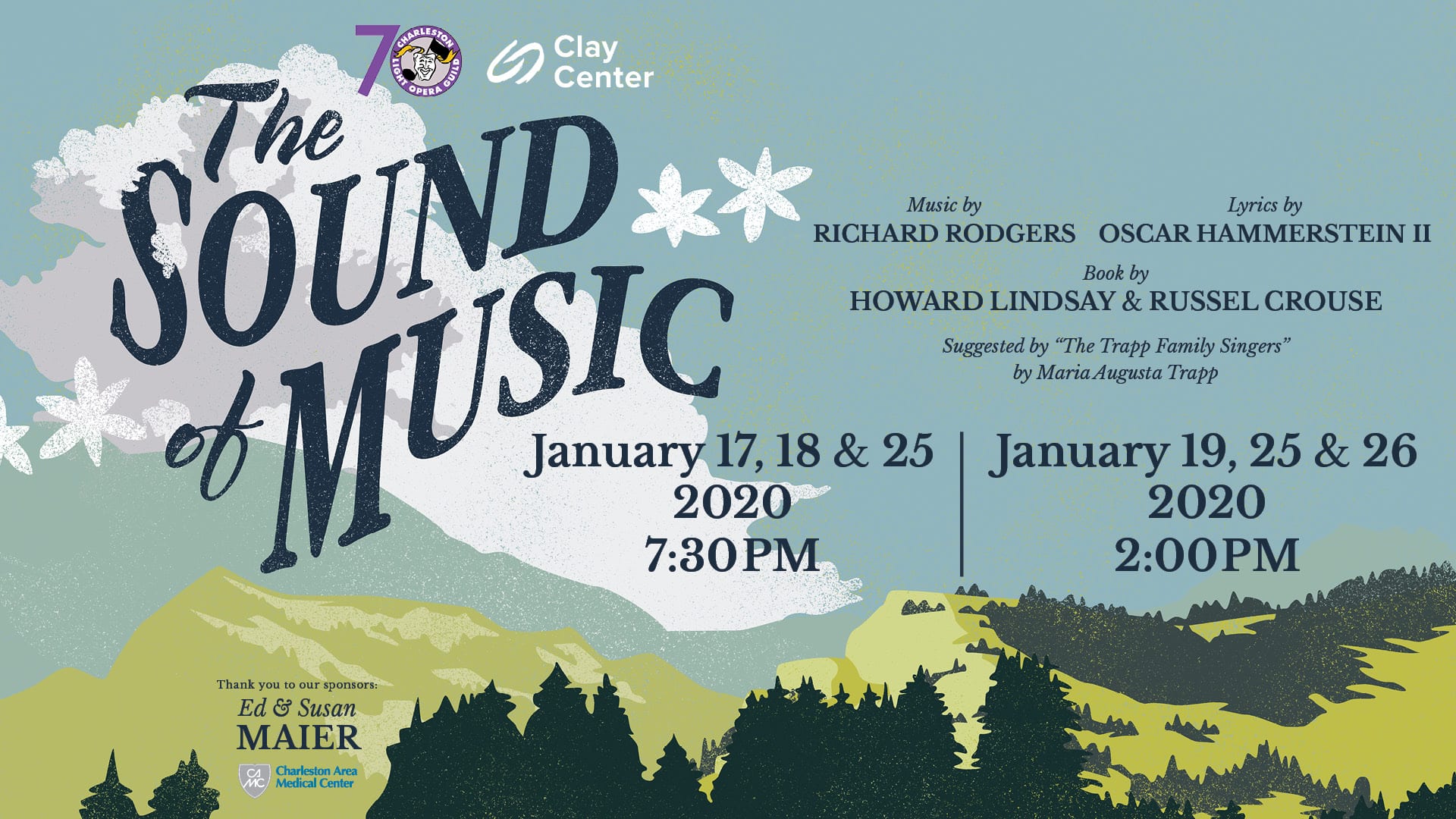 Set in 1938, The Sound of Music is based on Maria von Trapp’s autobiography The Story of the Trapp Family Singers. Maria Rainer is a free-spirited nun whose love of freedom makes it obvious to her superiors that she is not suited for religious life. She is sent to be the governess to Captain George Von Trapp’s seven troublesome children. Soon the children and even the strict Captain, who is engaged to a wealthy socialite, begin to admire Maria. Eventually, the Captain and Maria fall in love and are married. When the Nazis invade their homeland, Austria, the whole von Trapp family is forced to flee over the Alps to escape.

With The Sound of Music the epoch-making legendary team of Richard Rodgers and Oscar Hammerstein II came to an end. Hammerstein passed away nine months after the 1959 opening on Broadway. The original production starred Mary Martin and Theodore Bikel. It won five Tony Awards and was one of the longest running productions of the fifties. The 1965 film version co-starred Julie Andrews and Christopher Plummer and won five Academy Awards. Several awarded Broadway revivals have followed along with national tours, international productions, regional, educational and community productions. The Sound of Music remains the world’s most beloved musical. The celebrated score includes the title song plus Climb Ev’ry Mountain, My Favorite Things, and Edelweiss.