The Mayor’s Concert featuring The Suffers 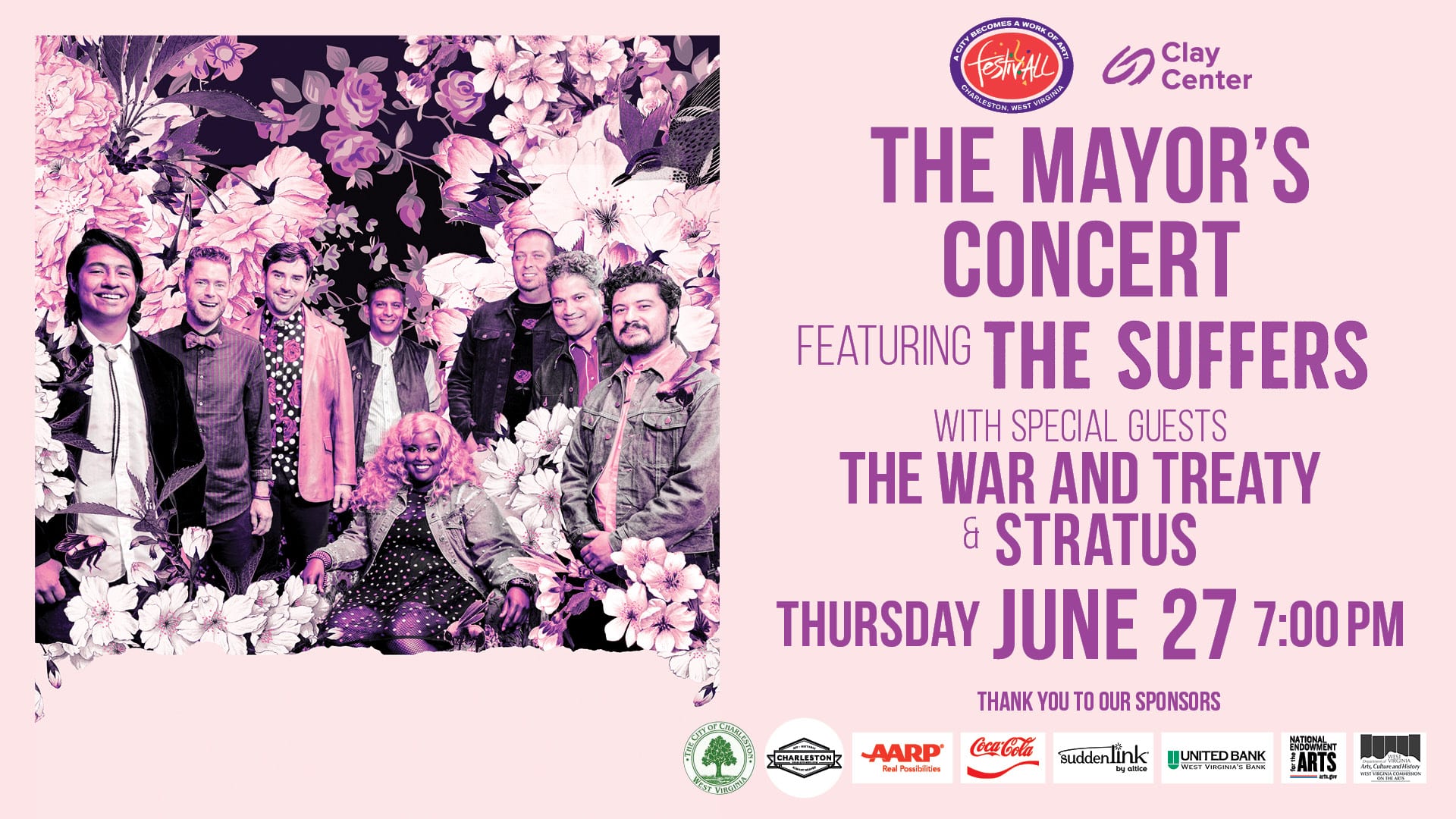 The Clay Center and FestivALL are pleased to present this year’s Mayor’s Concert featuring The Suffers, and The War and Treaty ! They will bring an infectious night of music to the Clay Center on June 27. Local band Stratus will open the evening with their classic Mo Town, R&B, Jazz sounds.

There is a contagious and combustible energy every time the eight-piece wonder-band The Suffers steps on the scene. NPR’s Bob Boilen attributes the band’s allure to their “Soul, straight from horn to heart.” He adds, “This band is on fire when it’s in front of an audience…but the intensity of their shows are also captured in the studio.” Following The Suffers’ electrifying late night TV debut on Letterman in 2015, David Letterman exclaimed, “If you can’t do this, get out of the business!” There is something undeniable about The Suffers (whose name is a reference to the 1978 Jamaican film Rockers starring Leroy “Horsemouth” Wallace, Jacob Miller and Burning Spear, among others), that instantly hits home with their audiences. “We make music for all people,” says lead vocalist Kam Franklin. “At this point, we’ve played all over the world and one thing is certain – if the music is good, the people will enjoy it.” Since 2011, the H-Town heroes have been on a steady grind and have no plans of stopping.

As The War and Treaty, Michael and Tanya Trotter heal and steal pain with freewheeling joy on new full-length album, Healing Tide. Produced by Buddy Miller, funky bass lines, keys, lap steel, acoustic strings, and stripped-down percussion create a swampy Southern soul bed for the couple’s transcendent vocals. “I want people to feel like we care,” Michael says. “When you think about artists, you don’t think about that.” He pauses and grins broadly. “But that’s the way I want the world to feel about The War and Treaty.”

Stratus is Charleston’s favorite R&B band, touring locally and around the world for more than 40 years. Influences include George Clinton, Earth, Wind and Fire, Kool & The Gang and Chaka Khan.