The Company Stores Christmas with Tropidelic 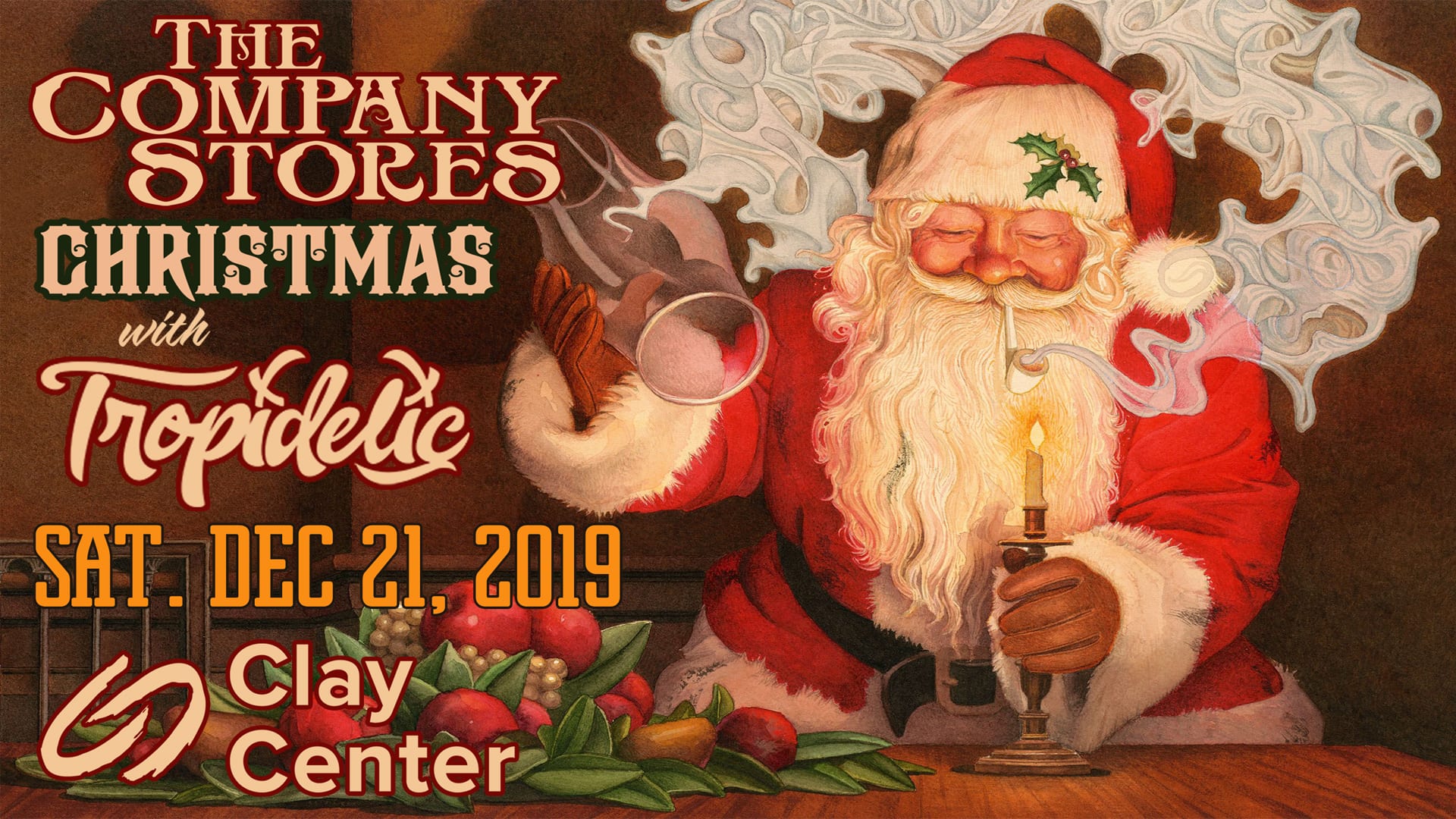 This year, for their 5th Annual Holiday Show, The Company Stores will be joined by The Opus Chorale of West Virginia, one of the premier chorale groups in the state. Expect a night of fresh, rock opera style arrangements on holiday favorites, as well as the best of their original tunes. This also will be a farewell show, and lead vocalist Casey Litz’s last Charleston performance with The Company Stores. Kicking off the evening is Cleveland’s own funky sextet, Tropidelic, who is no stranger to the area or the Clay Center stage. This event will be a held in the Maier Performance Hall, with full auditorium seating and a Dance Zone in front of the stage.
Ticket seating is first come first serve, so order now to grab the best seats in the house!

The Company Stores are a modern rock band from Charleston, WV. Described by Skope Magazine as being led by “Casey Litz’s soulful, sultry vocals, a funky horn section, and a gritty backbeat”, the band “links Appalachian folk influences with a progressive, electronic sound that isn’t afraid to break boundaries” and “explores the vastness of rock and all it has to offer.” The band is set to release their first single from their 3rd full length album in Nov 2019, working with record producer Robert Mercurio (The Revivalists, Trombone Shorty), bass player for New Orleans funk legends, Galactic.

Tropidelic, the six-piece band from Cleveland, Ohio may be far from any tropical islands, but that doesn’t stop them from dishing out an interesting mix of reggae, hip-hop and high energy funk for audiences across the country. Tropidelic has a deep and widespread appreciation for music that can be heard in each note. Some of the members are hip-hop heads, while others are into metal, funk or reggae. Each of these genres lends something to their collective sound. “We pride ourselves in being original in our musicality and personality as a band,” says Roads, “but also in not taking ourselves so seriously that it ruins the fun.”