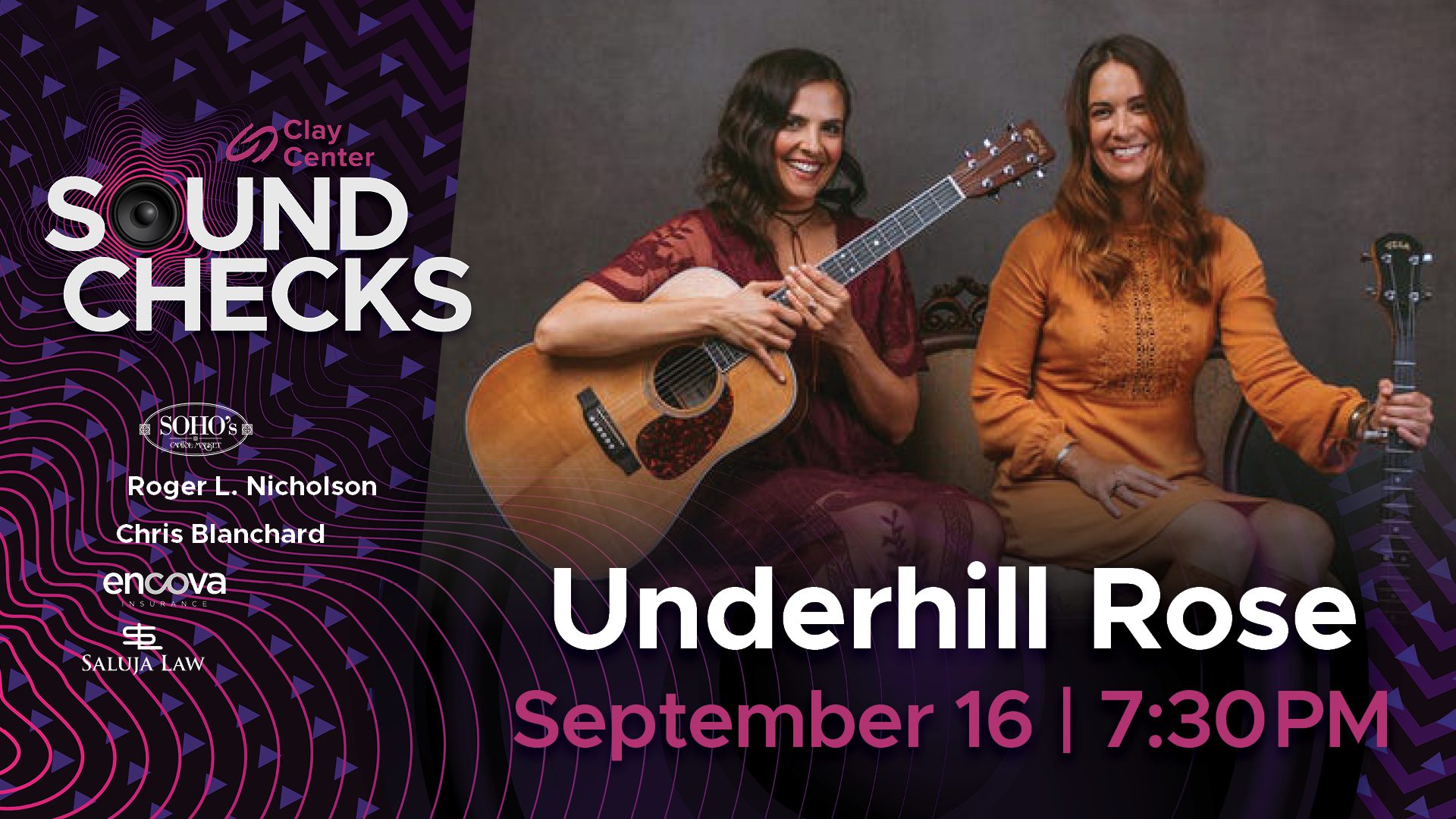 Harmonies. Soul-touching lyrics. Eye-catching stage presence. Underhill Rose has become synonymous with beautiful music, charming personalities, and rippling success. Get to know the joyful soaring voice of Molly Rose and her acoustic guitar and the distinctive styling of Eleanor Underhill’s open-back banjo and salty-blues vocals. Their close harmonies and charisma make most think they are sisters, and with their song-centered original compositions, Underhill Rose creates music that is real and inspired. See them on PBS Television, hear them on nationally syndicated radio and at live performances, and you will know how Underhill Rose has carved out a distinctive place in the Americana-folk scene.

EMMY DAVIS, a singer/ songwriter from Huntington West Virginia, will pull at your heartstrings with her Country/Americana style playing and powerful vocals. “Growing up music became my best friend. I discovered a new found love for songwriting at a very young age. When I discovered I could share my heart through a song was when I realized what a beautiful and magical power music really was.” Emmy can’t wait to share her heart with you with her first EP coming out soon. Her single “Silly Girl” is available everywhere!

Tickets for all shows are on sale now!   In addition to the live music, DJ EJ will serve as host of and entertainment for each show! Local food trucks and a cash bar will be available on site.  Doors and food truck open at 6:30 PM. All shows begin at 7:30PM and include general seating in the Susan Runyan Maier Sculpture Garden.

Sound Checks is presented thanks to support from SOHO’s, Roger L. Nicholson, Chris Blanchard, Encova Insurance, and Saluja Law.  The Clay Center’s performing arts and visual arts offerings are presented with financial assistance from the West Virginia Department of Arts, Culture, and History, and the National Endowment for the Arts, with approval from the West Virginia Commission on the Arts.