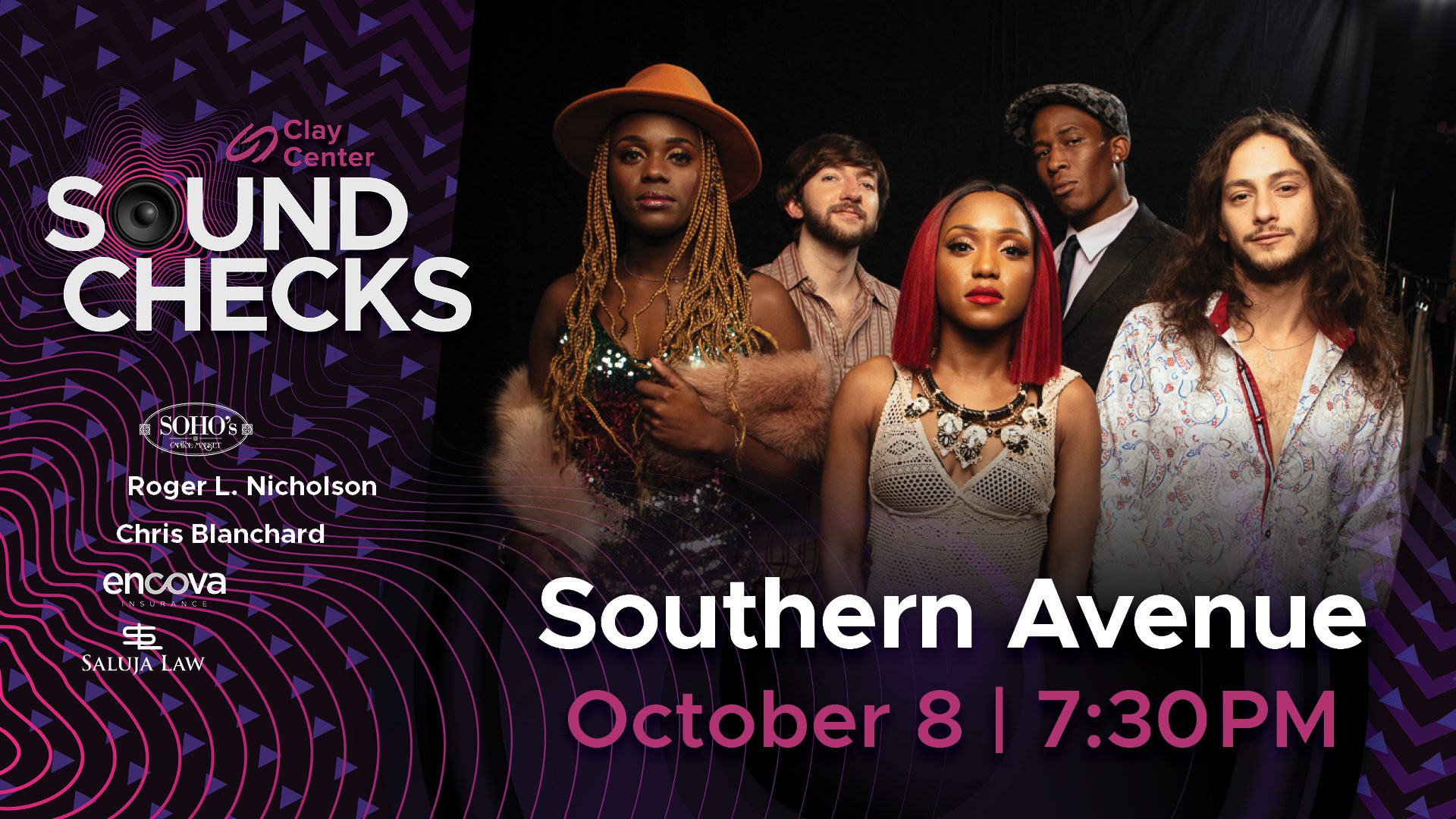 Southern Avenue is an American five-piece blues and soul blues band from Memphis, Tennessee, United States. Formed in 2015, they took their name from a street in Memphis running from the easternmost part of the city limits to “Soulsville”, which was the original home of Stax Records. Rock 103 described them as “the most talked about band in Memphis.” Southern Avenue reached the finals of the International Blues Challenge in 2016.

Hailing from Elkins, WV Shane Meade is a gifted singer songwriter and catalyst behind the Tampa, FL based soul-infused folk rock project, Shane Meade & the Sound.  Through a diverse mix of acoustic and full band performances, SMS combines infectious vocals with feel good grooves, and has the uncanny ability of turning even the largest of venues into an intimate musical experience. A decade into a career marked by steady artistic growth and relentless touring efforts throughout the south-east, Virgin Islands, and selected cities nationwide, SMS has appeared in line-ups with the likes of Edwin McCain, Michael Glabicki & Rusted Root, Yonder Mountain String Band, Tim Reynolds, and Robert Randolph & the Family Band.  The group has also gained recognition and industry praise for their 2014 release – All Walks of Life.  Meade’s much anticipated fourth album, Livin’ In the Moment, is slated for release in the Summer of 2021.  For this performance, the Shane Meade & the Sound Trio features: Shane Meade (vocals/Guitar), Sean Shuffler (lead guitar), & Justin Shuffler (violin).

Tickets for all shows are on sale now!  In addition to the live music, DJ EJ will serve as host of and entertainment for each show! Local food trucks and a cash bar will be available on site.  Doors and food truck will open at 6:30 PM. All shows begin at 7:30PM and include general seating in the Susan Runyan Maier Sculpture Garden.

Sound Checks is presented thanks to support from SOHO’s, Roger L. Nicholson, Chris Blanchard, Encova Insurance, and Saluja Law.  The Clay Center’s performing arts and visual arts offerings are presented with financial assistance from the West Virginia Department of Arts, Culture, and History, and the National Endowment for the Arts, with approval from the West Virginia Commission on the Arts.

The Clay Center is excited to partner with Charleston Main Streets to provide guests with 48 hours of FUN for the fourth ticket option! Our organizations have joined forces to offer a combo ticket including access to Sound Checks on Friday, October 8th at 7:30PM featuring Grammy nominated Southern Avenue in the Susan Runyan Maier Sculpture and an Early Entry ticket to Foam at the Dome. This combination tickets is available now and includes both events for only $60!  To purchase your combination ticket, visit Foam at the Dome at https://charlestonmainstreets.ticketspice.com/foam-at-the-dome-2021