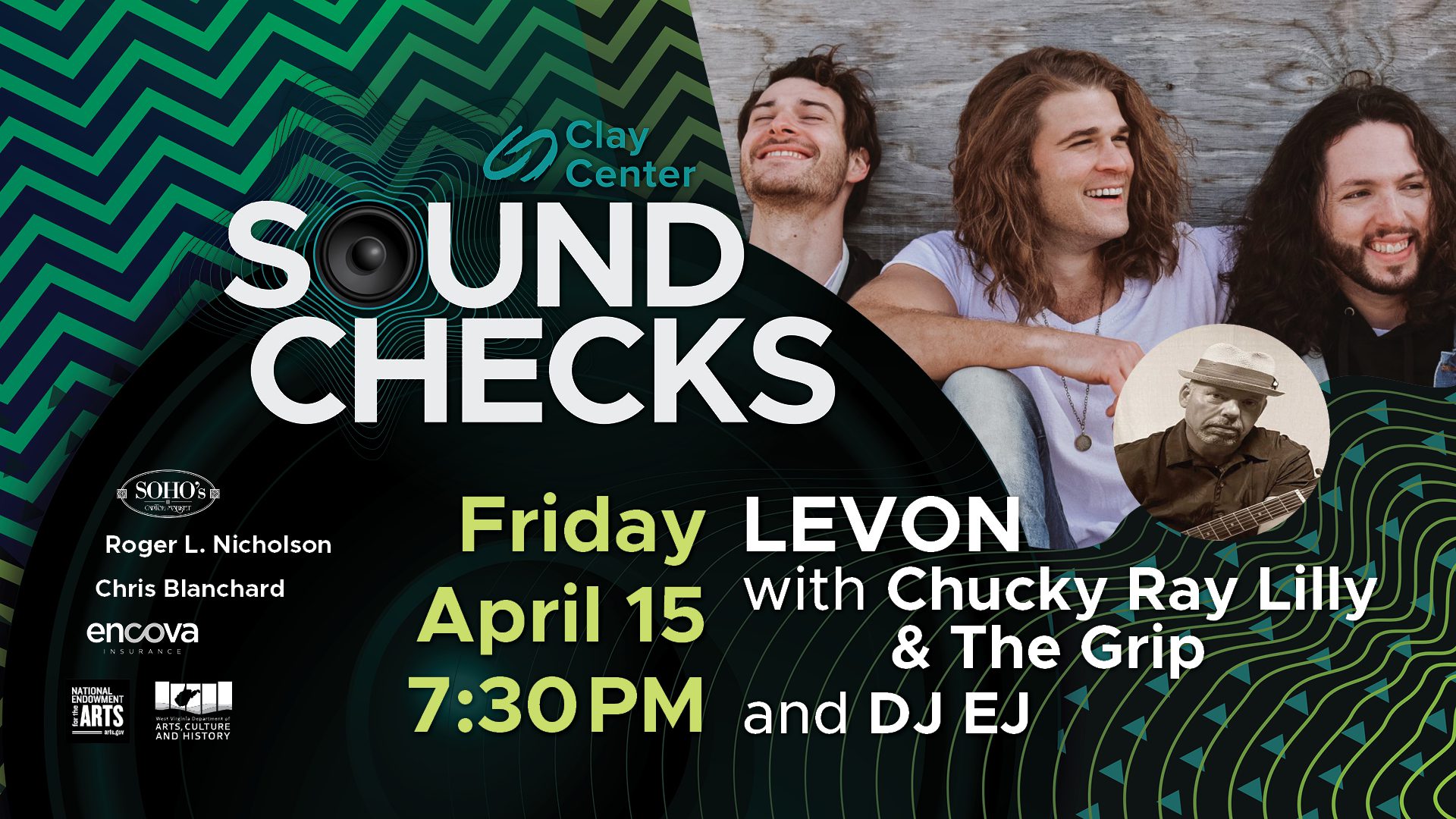 If the name sounds familiar, it’s because LEVON has visited the Clay Center before!  After opening for REO Speedwagon on December 1, we knew the Clay Center audience wanted more!

A few of the trio’s musical roots are suggested by their name, an homage to the talents of The Band’s Levon Helm, as well as Elton John and his song, “Levon.” All in their twenties, LEVON’s members nonetheless share a collective musical passion for the 1970s and the artist/songwriter generation whose lyrics and melodies have remained relevant long after their time on the charts.

Chucky Ray is a West Virginia boy born and bred in the mountains or the streets of D.C. where he spent his teenage years. His love for a variety of styles can easily be heard in his playing, from the blues, to the heavy rhythms found only in the south. Versatile in many genres, his appreciation for all forms of music let him play with passion, love and soul from the heart…when it’s pure it’s good, like drippings straight from the still…

Individual show tickets are only $20 each.  In addition to the live music, we look forward to featuring local DJs, local food trucks and a cash bar on site.  Doors open for each show at 6:30PM with the first act taking the stage at 7:30 PM.  We look forward to enjoying live music in the Susan Runyan Maier Sculpture Garden beginning in the spring (weather permitting).  Purchase tickets now using the buttons below, in person at the Clay Center Box Office, or by phone at 304-561-3570.