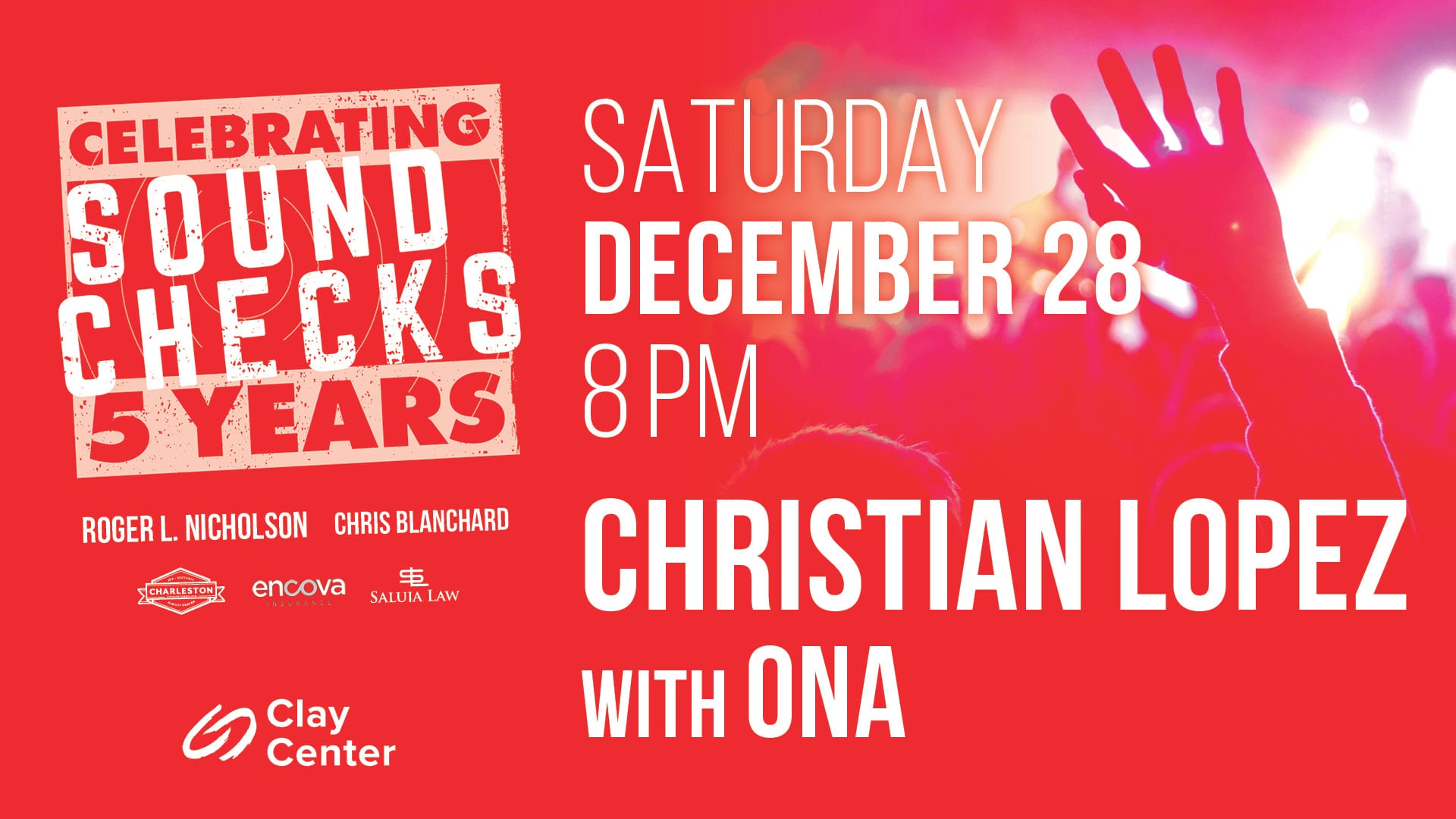 Five years of celebrating more than 50 local musicians and emerging artists live on the Clay Center stage! Season subscriptions and tickets are on-sale now at the Clay Center Box Office or www.theclaycenter.org.

The Sound Checks Fall lineup brings back some of our favorite Sound Checks performers, mixing with local musicians – some who will be taking the Clay Center stage for the first time! Step out of your seat and onto the stage – see you at Sound Checks!

Christian Lopez is an American singer-songwriter and multi-instrumentalist from Martinsburg, West Virginia. His mother, an opera singer & music teacher, started him out at an early age, learning the piano at age 5 and guitar at age 9. He began songwriting in his early teenage years, and was touring before the age of 16. In 2013, Lopez signed a record deal with Blaster Records. Shortly thereafter, he recorded his first release, the five song EP Pilot, which was released in October 2014, followed by his first full length album “Onward” released in May 2015, produced by Grammy Winning producer, Dave Cobb. (Chris Stapleton, Jason Isbell, Sturgill Simpson)