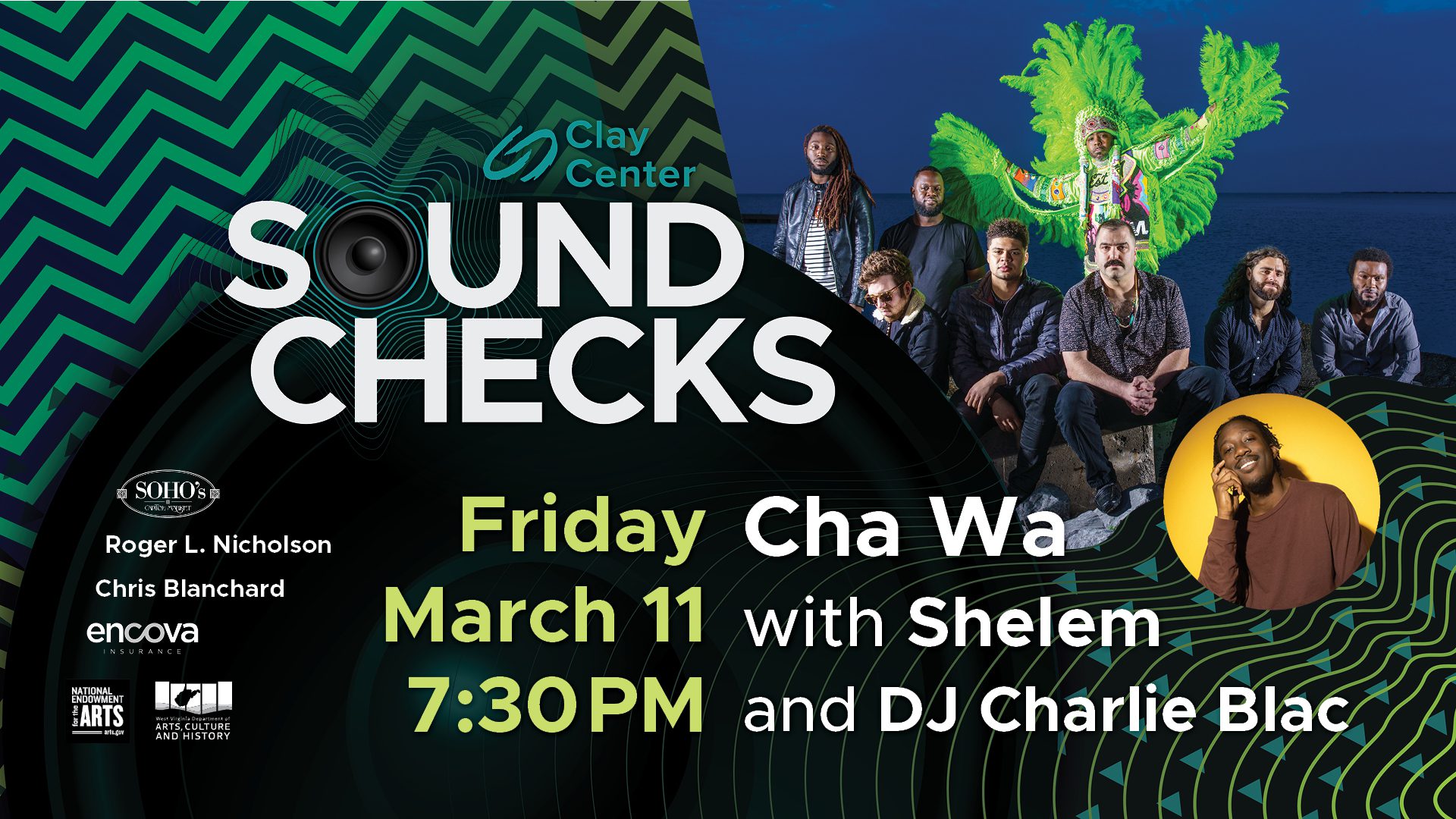 New Orleans brass band-meets-Mardi Gras Indian outfit Cha Wa radiates the energy of the city’s street culture. “My People,” the band’s follow up to their Grammy-nominated album “Spyboy,” feels like pure joy, a distillation of generations of New Orleans expression. But it also never fails to remind us how hard-won that joy was and still is: not least in the tense, funky and explosive title track, with its declaration “My people, we’re still here.”

“Mardi Gras Indian songs are inherently songs about freedom,” the band’s drummer Joe Gelini says. “And that struggle is as relevant today as it’s ever been.” Popmatters describes the band as “a grand gumbo of singing, intoxicating rhythms, and deep funk grooves that are impossible to resist.”

Isaac Shelem Fadiga, known by his mononym Shelem (pronounced shuh-lem) is a 25-year-old hip-hop artist and producer. A self-proclaimed true entertainer, his primary focus has always been to bring levity and fun into the lives of his audience. His extraordinary stagecraft promises a variety of captivating experiences, from commanding the crowd as a captain to saving the day as the local superhero. With innovative flair, Shelem has a knack for bringing his art to life. He has connected with fans in person by being the “Delivery Man,” written a song using their words, and held an 16-week online game of bingo.

Individual show tickets are only $20.  In addition to the live music, we look forward to featuring local DJs, local food trucks and a cash bar on site.  Doors open for each show at 6:30PM with the first act taking the stage at 7:30 PM.  We look forward to enjoying live music in the Susan Runyan Maier Sculpture Garden beginning in the spring (weather permitting).  Purchase tickets now using the buttons below, in person at the Clay Center Box Office, or by phone at 304-561-3570.