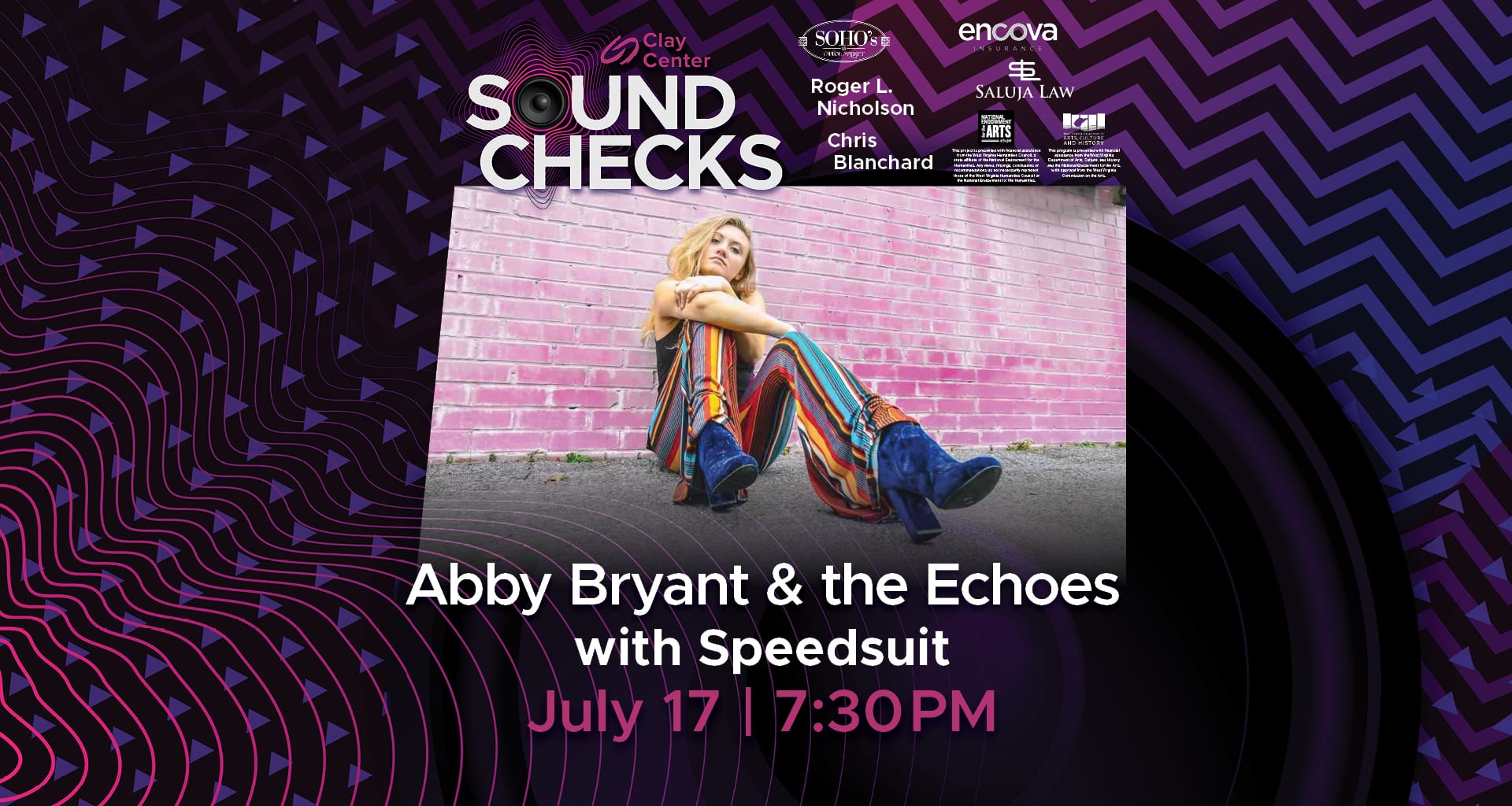 NOTE – Due to impending rain, this show has been moved indoors to the Maier Foundation Performance Hall.  Step out of your seats and on to the stage with the band!  Please enter through Walker Theater on Brooks Street.  Doors open at 6:30 with entertainment provided by DJ EJ.  Speedsuit will take the stage at 7:30 PM.

Listeners will find it hard not to hear similarities to some of the artists that inspire the two including currently touring acts Tedeschi Trucks Band, Grace Potter, and Sister Sparrow and The Dirty Birds. At the same time, one cannot deny that even with Abby Bryant & The Echoes’ youthfulness, the band connects to the roots of the music in the members’ hearts. Looking to artists like Etta James, Sam and Dave, and the integral Muscle Shoals sound to light the way, Abby Bryant & The Echoes carries its own soul-shining torch into today.

Tickets for all shows are on sale now!  In addition to individual show tickets, there is a special package available to purchase all five shows for only $75.  In addition to the live music, DJ EJ will serve as host of and entertainment for each show! A cash bar will be available on site.  All shows begin at 7:30PM and include general seating..

Sound Checks is presented thanks to support from SOHO’s, Roger L. Nicholson, Chris Blanchard, Encova Insurance, and Saluja Law. The Clay Center’s performing arts and visual arts offerings are presented with financial assistance from the West Virginia Department of Arts, Culture, and History, and the National Endowment for the Arts, with approval from the West Virginia Commission on the Arts