Sound Checks – A Not So Silent Night 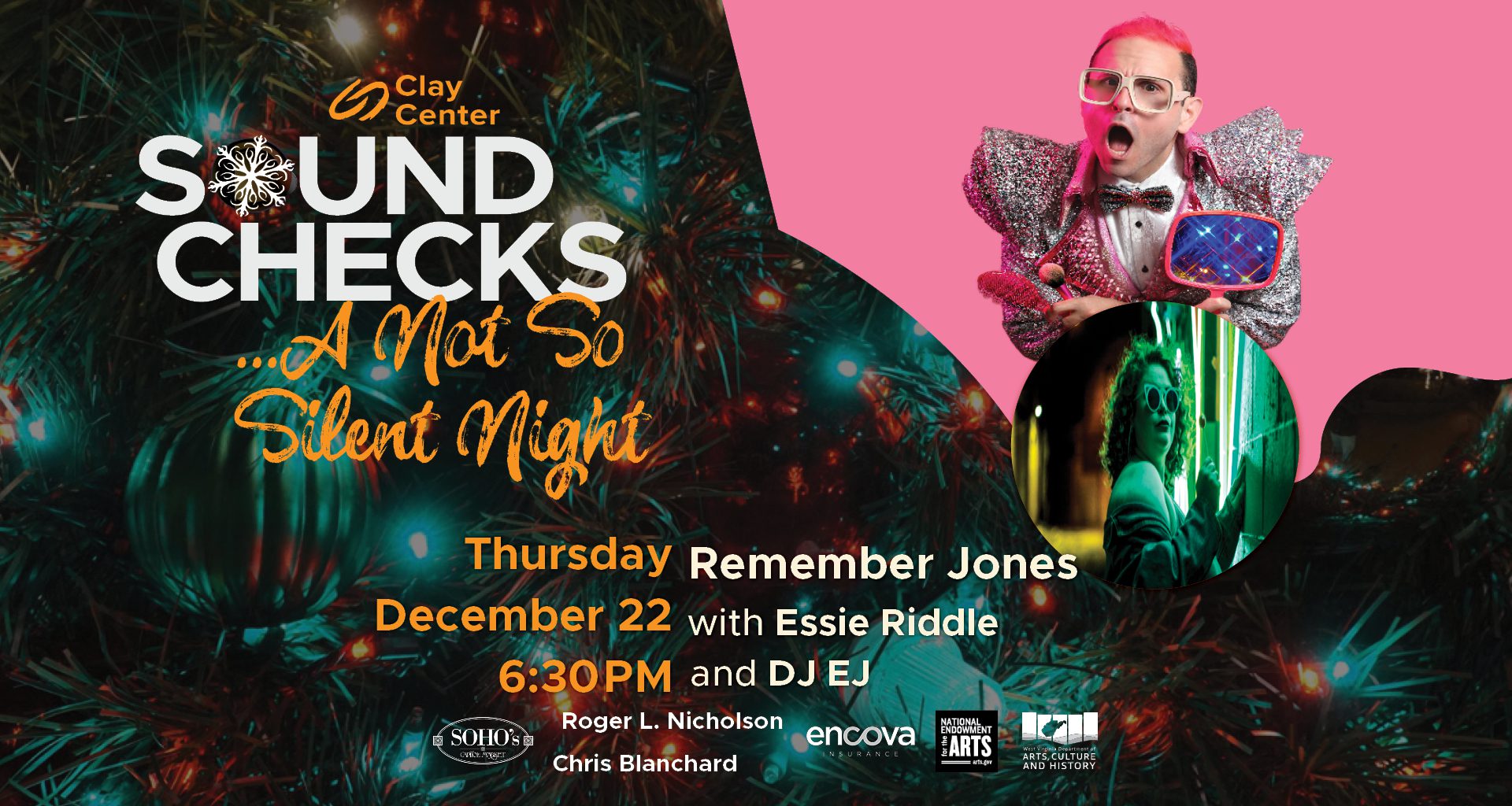 A Not So Silent Night
Thursday, December 22

It may be cold outside, but we’re keeping it hot on the music scene this holiday season.  After a fantastic 2022 Sound Checks season, we’re closing out the year with a bang by bringing amazing music to the Clay Center.

Each band will bring high energy, fan favorites, and some special seasonal surprises – only seen at Sound Checks!!! Be prepared to sing along to some remixed holiday classics and jingle bell rock your way into the weekend!

Featuring – Remember Jones!  Remember Jones is a one-of-a-kind soul/pop singer, storyteller and bandleader with a throwback vibe and authentic energy. Backed and supported by an eight piece ensemble of musicians, his original music and creative, theatrical events have played to countless packed and sold-out clubs and theaters throughout the United States. Whether you see him alongside a piano, a four-piece rock band, or with a large orchestra, Remember Jones evokes the energy of the greatest front men and women, with one of a kind song styling and expert storytelling that keep audiences on their toes and emotions in the moment.

With support from Essie Riddle, an operatically trained singer, song-writer, band leader, and rock and roller. Though opera was her first genre she has now found herself performing primarily in rock and blues. For the past 6 years she has been an in demand vocalist in the Philadelphia and New Jersey music scene. She is half of the duo essie + nap that garnered international attention for their single Long Distance Lover.

Tickets on sale now for only $20.  In addition to the live music, we look forward to featuring DJ EJ, local food trucks and a cash bar on site.  Doors open for each show at 6:30PM with the first act taking the stage at 7:30 PM.