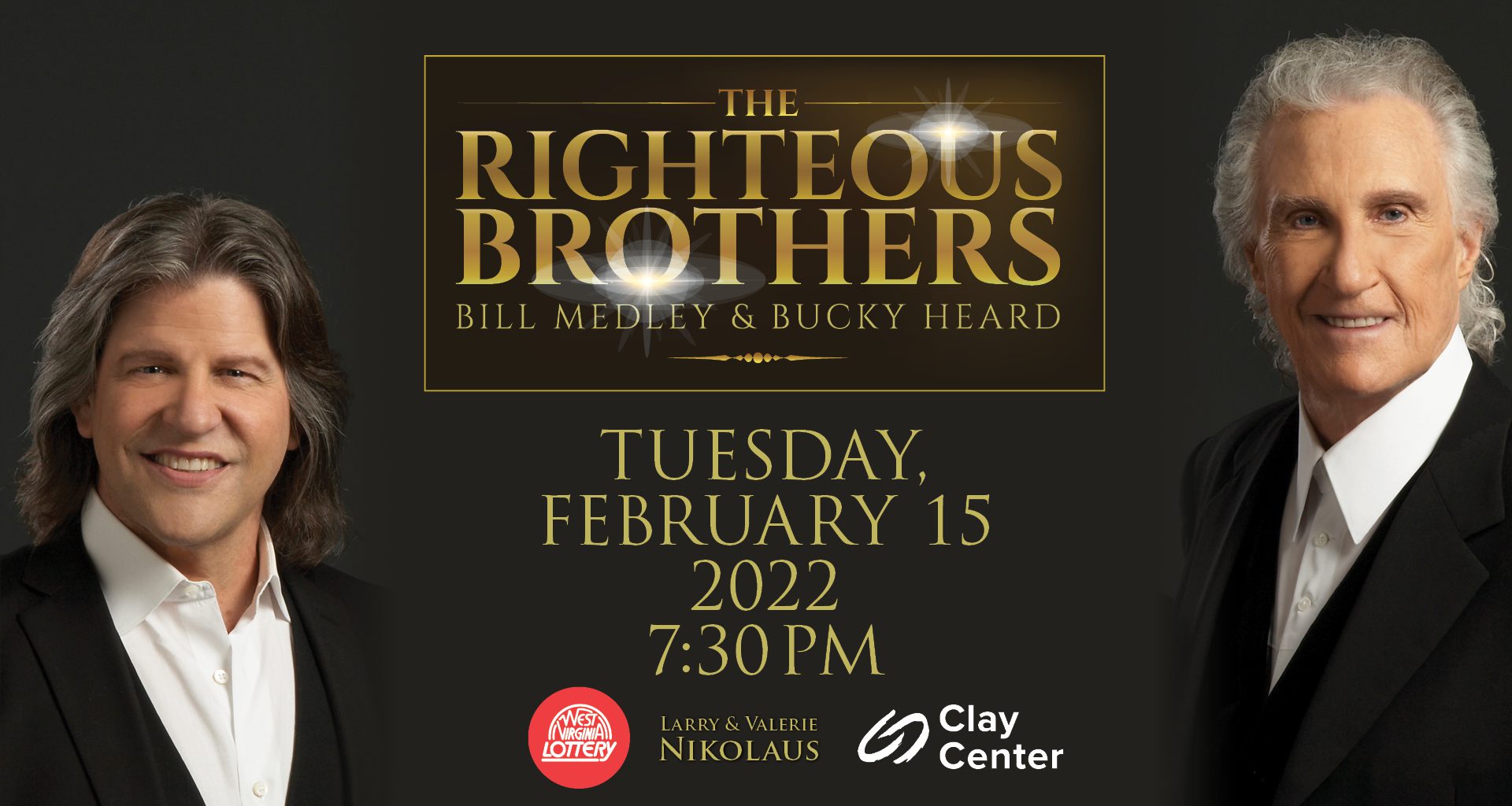 Rescheduled and ready to bring that lovin’ feelin’ to the Clay Center during the season of love- it’s the Righteous Brothers!

With a string of #1 classics, including the most played song in radio history, (You’ve Lost That) Lovin’ Feelin’, the Rock and Roll Hall of Fame duo of Bill Medley and Bobby Hatfield topped the charts in four decades. After Bobby’s death in 2003, Bill Medley continued to perform to sold-out crowds around the world, but fans and friends pleaded with him to keep The Righteous Brothers alive.

Bill Medley is truly one of the iconic figures in American music history. His instantly recognizable baritone voice has anchored some of the biggest recordings of all time. He’s won a Grammy, an Oscar, a Golden Globe, and an American Music Award.

Bucky Heard is an Alabama native and Auburn University alum. He’s been one of the most popular and versatile performers in America for several years, headlining countless shows in major venues. His reputation as a gutsy rock and roll singer, with an incredible vocal range, has garnered much critical praise and a legion of fans.

The Righteous Brothers performance is presented with support from the West Virginia Lottery and Larry & Valerie Nikolaus.

All previously purchased tickets will be honored at the new date, refunds are available at the point of purchase and are permitted by request until June 30, 2021. Please contact the Clay Center Box Office with questions or refund requests by emailing boxoffice@theclaycenter.org or calling 304.561.3570 during operating hours.