NEEDTOBREATHE – Into the Mystery Acoustic 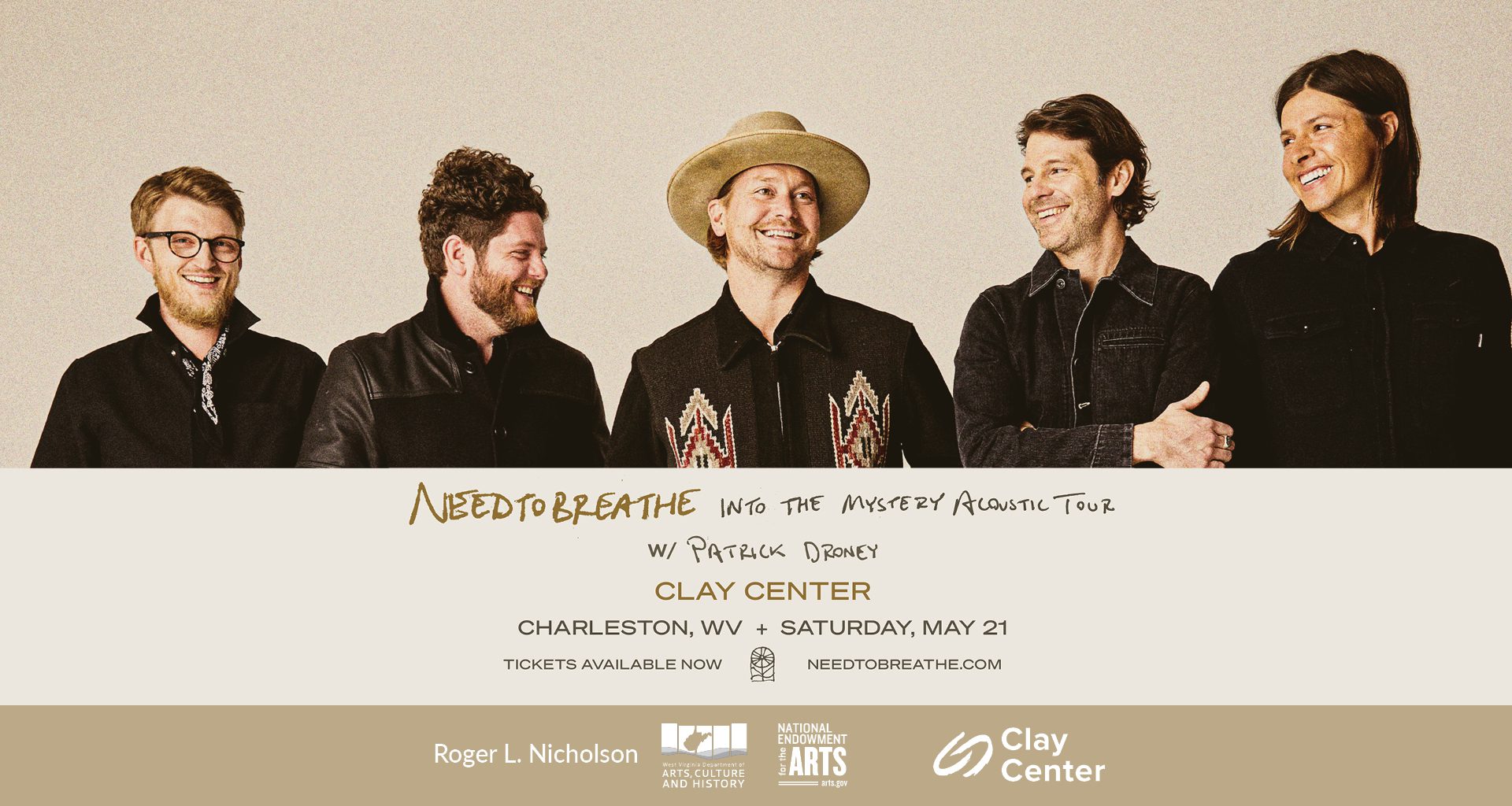 NEEDTOBREATHE
INTO THE MYSTERY ACOUSTIC TOUR
Saturday, May 21
7:30 PM

GRAMMY® Award-nominated rock band NEEDTOBREATHE have announced an intimate acoustic tour of North America in support of their latest critically acclaimed studio album Into The Mystery. The 26-city Into The Mystery Acoustic Tour will stop in Charleston on Saturday, May 21st at 7:30 PM at the Clay Center for the Arts & Sciences. Patrick Droney will provide support. Tickets on sale now.

Since 1998, NEEDTOBREATHE have quietly emerged as a dynamic force in rock music, topping the charts, selling out historic venues, and generating hundreds of millions of streams to date. The band have gathered one platinum single, four gold singles, and a gold album. Along the way, “Multiplied” notched their first GRAMMY® nomination. Simultaneously, they performed to sold out crowds at arenas and amphitheaters coast to coast. In addition to garnering two nods at the Billboard Music Awards, they’ve attracted acclaim from People, Rolling Stone, Forbes, and many more. In 2020, they sowed the seeds for rebirth with Out of Body. It bowed in the Top 5 of three Billboard charts and reeled in acclaim. Within weeks of its release, the quintet—Bear Rinehart [vocals, guitar], Seth Bolt [bass, vocals], Josh Lovelace [keys, vocals], Randall Harris [drums], and Tyler Burkum [guitar]—stole away to an old historic house in Columbia, TN where they lived together, ate together, laughed together, and recorded together for three weeks in the fall of 2020. They returned home with their eighth album and documentary Into The Mystery [Elektra Records]. It’s the kind of record that could only be made by a band who has been through it all and still has enough faith to keep encouraging
one another. It’s NEEDTOBREATHE.

NEEDTOBREATHE is presented at the Clay Center with support from Roger L. Nicholson. The Clay Center’s performing arts and visual arts offerings are presented with financial assistance from the West Virginia Department of Arts, Culture, and History, and the National Endowment for the Arts, with approval from the West Virginia Commission on the Arts.

Please call the Clay Center box office at  304-561-3570 or email boxoffice@theclaycenter.org if you have any questions.  For the most up-to-date information, please visit www.theclaycenter.org.  Updates will also be distributed through the official Clay Center social media channels on Facebook and Instagram.