Miranda Sings – Who Wants My Kid? 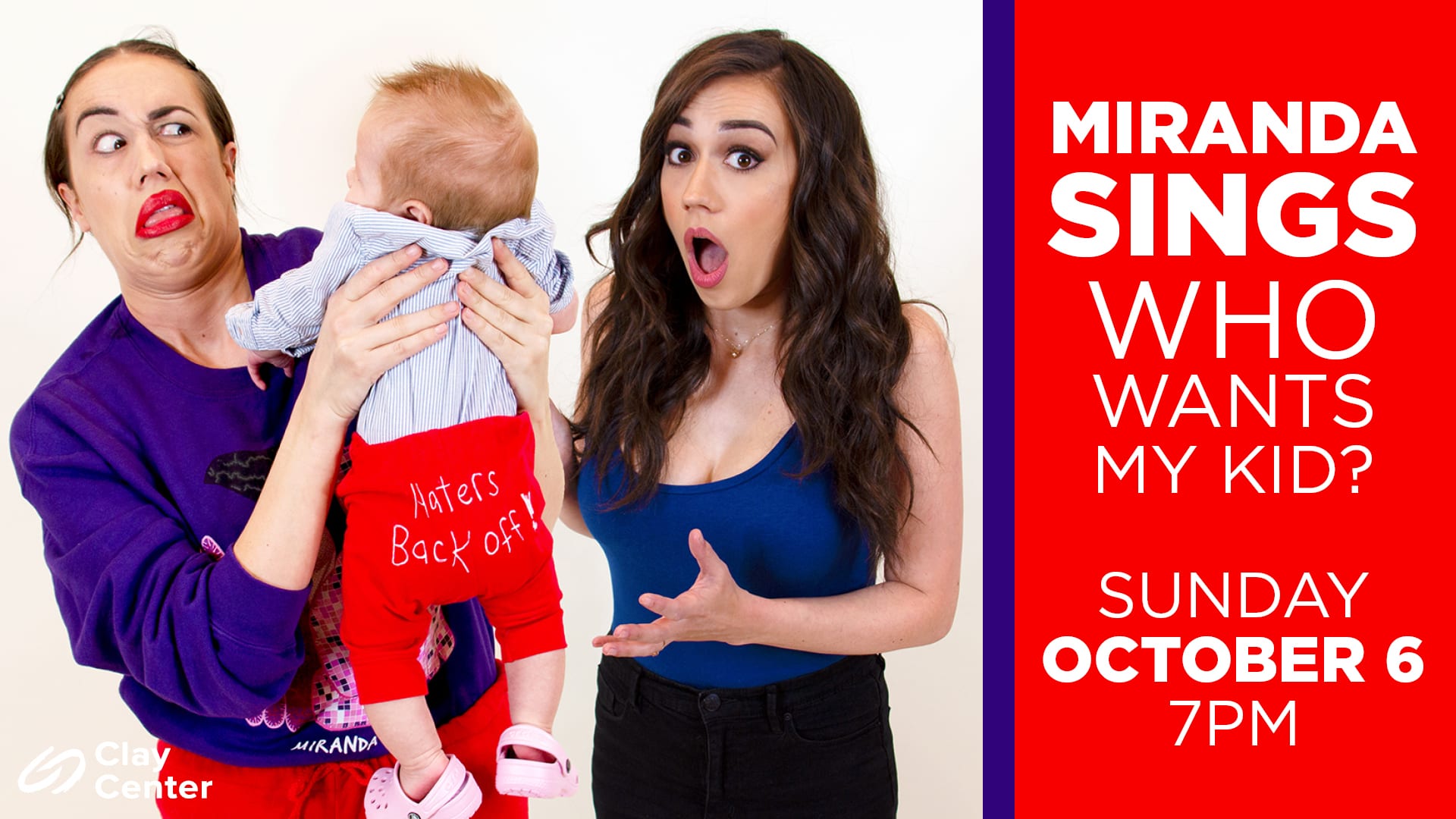 Colleen Ballinger is a multihyphenate: actor, comedian, trained vocalist, writer and executive producer. Best known for portraying her character “Miranda Sings,” a personality that is the polar opposite of Ms. Ballinger, Colleen has amassed over 20 million followers across social media and passed 2 billion views on YouTube. She can currently be seen as Miranda on her Netflix Original Series Haters Back Off!, as well as headlining the worldwide tour “Miranda Sings Live…No Offense.”

The character Miranda was created in 2008 and became mainstream when Colleen received a personal call from Jerry Seinfeld to appear on his series Comedians in Cars Getting Coffee, and subsequently The Tonight Show Starring Jimmy Fallon. Miranda’s origins were intended as a parody of the young, self-absorbed singers with far more confidence (and vibrato) than talent who Colleen saw uploading videos to YouTube. Miranda is known for her overdrawn red lips, questionable advice about singing and life, a deluded self-confidence, and over-the-top rants about her family and personal problems.

Colleen is also the co-author of the New York Times #1 Bestselling book Selp Helf, alongside her brother/producing partner, Chris Ballinger. She regularly appears on Live with Kelly & Ryan and served as a guest co-host on The View as Colleen. She currently resides in Los Angeles with her Instagram-famous cats Prissy Gus Gus and Daisy Mae.

Colleen will be performing live in the Maier Foundation Performance Hall at the Clay Center on Sunday, October 6th at 7:00pm.  Tickets are $35 and $85 for VIP.

Purchase your tickets now online at theclaycenter.org and by calling the box office at 304.561.3570.