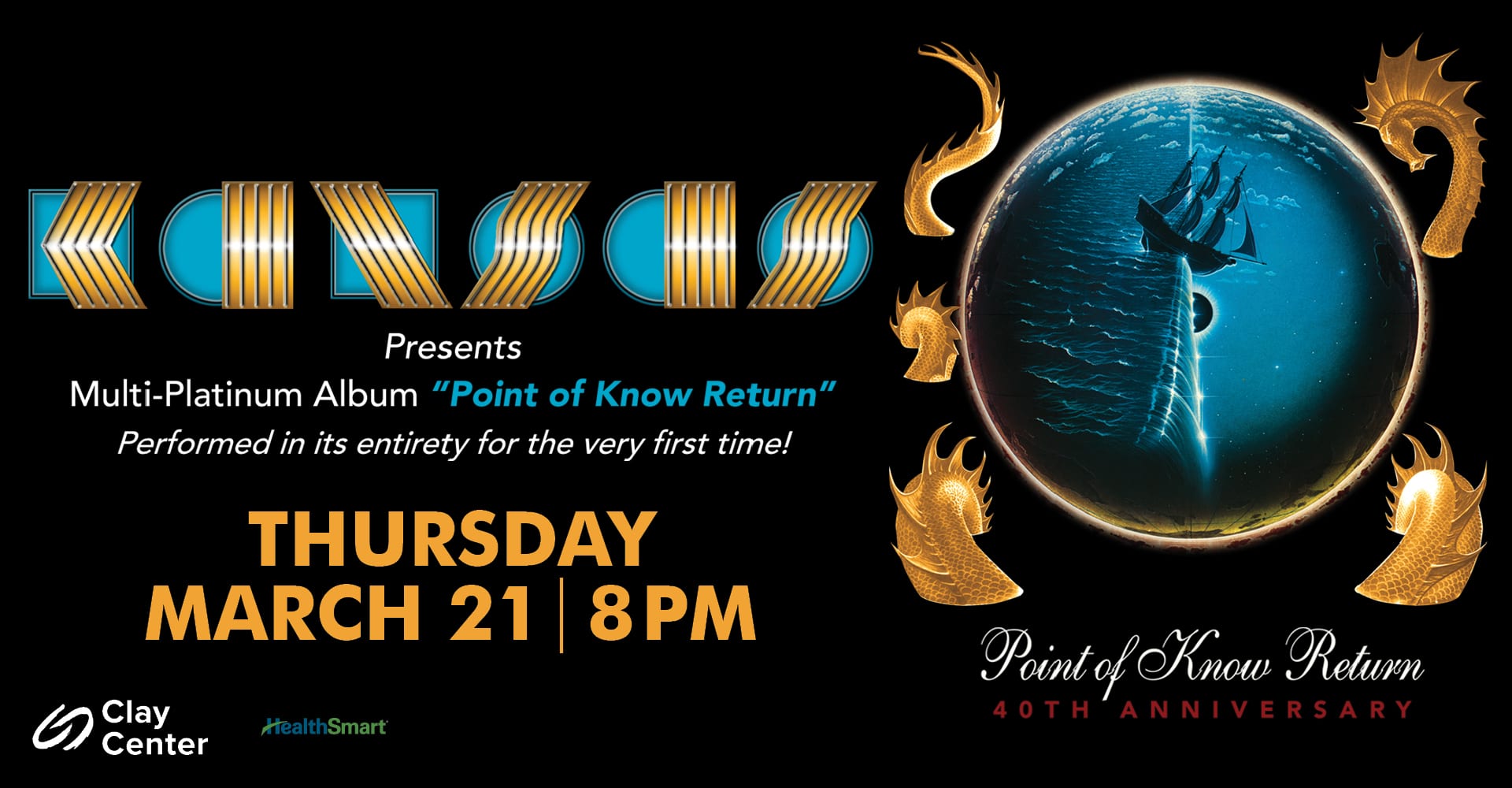 America’s preeminent progressive rock band, KANSAS, will be performing live at the Clay Center on Thursday, March 21st, expanding the celebration of the 40thAnniversary of their massive hit album Point of Know Return. For the first time in history, the band is performing the album Point of Know Return in its entirety. The tour showcases more than two hours of classic KANSAS music including hit songs, deep cuts, and fan favorites. Ticket information can be found at www.kansasband.com.

In 1977, KANSAS followed up the success of Leftoverture by releasing the album Point of Know Return. Containing the smash hit and million-selling single “Dust in the Wind,” along with fan favorites such as “Portrait (He Knew),” “Closet Chronicles,” and “Paradox,” Point of Know Return became the band’s greatest selling studio album. The album peaked at #4 on Billboard’s Album charts, reached sextuple-platinum status with more than six million copies sold, and had three Billboard Hot 100 singles.

Throughout the tour, live shows not only culminate with the album Point of Know Return performed in its entirety, but KANSAS also performs classic hits, deep cuts, and fan favorites.  The band has not publicly performed some songs in the more than two-hour KANSAS musical event in decades.