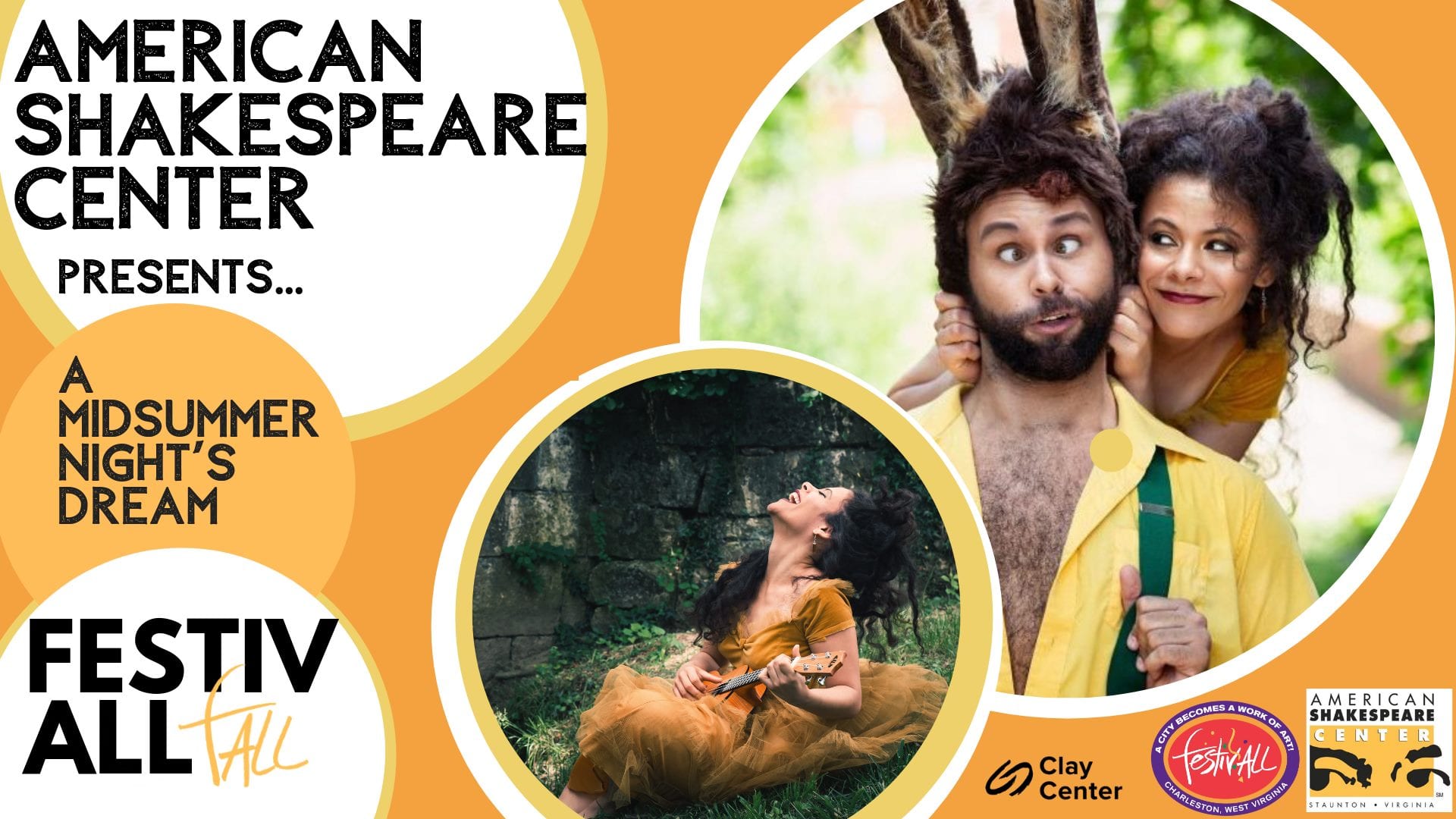 In A Midsummer Night’s Dream, Shakespeare casts a theatrical spell powerful enough to make audiences of all ages believe in anything. This mischievous comedy of lovers, heroes, fairies, and rude mechanicals is his tribute to humankind’s power of imagination and reveals that the “course of true love” can alter with just one touch of magic. In this performance, American Shakespeare Theater takes audiences on a journey to a swamp-y forest full of masked hobgoblins, mischievous nymphs, and imps who sing the blues. Chaos ensues when the lords, ladies, and “rude mechanicals” of the human world find themselves lost in this fairy forest.

Directed by Nathan Winkelstein (Red Bull Theatre, The Secret Theater), this production features ASC National Tour veterans Topher Embrey as Bottom, Andrew Tung as Lysander, and Maddie Calais as Puck. Many new ensemble members have joined as well, from Andrea Bellamore (Titania) and Sara Linares (Hermia) to Adam Zarowski (Oberon) and Michael Moret (Demetrius). Since 1988, ASC’s National Tour has delivered seriously fun Shakespeare to audiences at performing arts centers, universities, and select high schools throughout the U.S., performing for more than 20,000 people annually. Located in the beautiful Shenandoah Valley, Virginia’s premiere classical theatre is at once intimate in scale and epic in imagination—creating vital, sophisticated, and accessible seasons built around a company of versatile actors performing in repertory all year round. We are a center for shared discovery by audiences, scholars, and artists of Shakespeare, his contemporaries, and classics old and new.

This performance is in partnership with FestivALL Fall. Support provided by the Division of Culture and History, the National Endowment for the Arts.