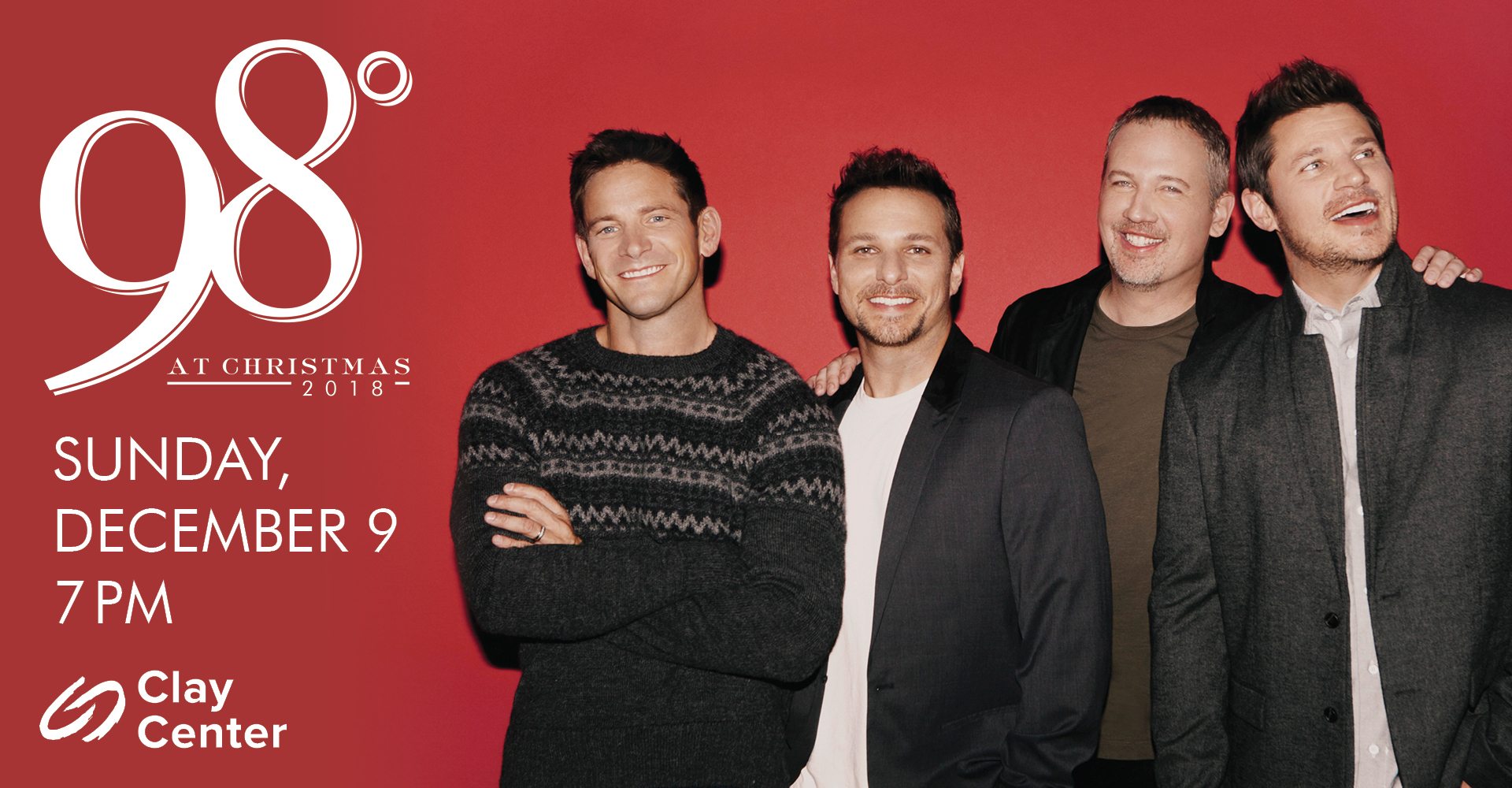 In five short years — from 1997 to 2002 — 98° sold a staggering 10 million records, scored a chart- topping single, “Thank God I Found You,” with Mariah Carey and Joe, and collaborated with their collective idol, Stevie Wonder, on “True to Your Heart,” for the 1998 animated Disney film, Mulan. Their four-million-selling album, 98° and Rising (1998, Motown), spawned the top-5 favorites “Because of You,” “I Do,” and “The Hardest Thing,” while 2000’s Revelation (Universal Records), which sold two million copies, peaked at number 2 on the Billboard 200 and yielded a trio of hits, “Give Me Just One Night (Una Noche),” “My Everything” and “The Way You Want Me To.”

Last year, the quartet released their first full-length Christmas album in 18 years, Let It Snow, via UMe to glowing reviews from both fans and critics alike. The album featured the group’s signature R&amp;B-tinged, four-part harmonies and was a natural follow up to their 1999 multi-platinum selling This Christmas. The band embarked on a highly successful 31-city tour across the U.S. in support of their Christmas album in addition to their performances on the Macy’s Thanksgiving Day Parade, Disney’s Magic Holiday Celebration, Good Morning America, Today Show, Kelly &amp; Ryan and more.

Over the past 15 years, all four members have enjoyed other careers outside of music. Nick, who was recently on Season 25 of ABC’s Dancing with the Stars, and launched a successful solo music career and has starred on TV shows both as an actor (The WB’s Charmed and One Tree Hill) and as a television host (VH-1’s Big Morning Buzz Live, NBC’s The Sing-Off). Drew was crowned season two winner of Dancing with the Stars, been on Broadway, and both brothers opened Lachey’s Bar (A&amp;E). Timmons joined members of Backstreet Boys and ‘NSYNC for VH-1’s Mission Man Band and Nick Carter’s Sci-Fi feature, Dead Seven. Jeffre is involved in various media and cause related projects stemming from his foray into politics as a mayoral candidate of Cincinnati.